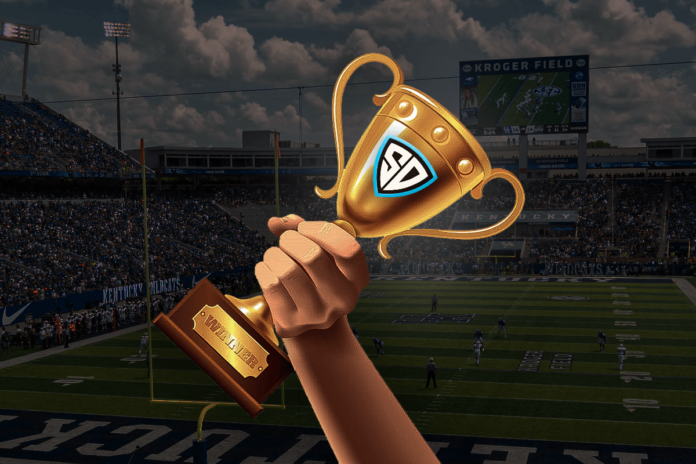 Essential Strategies for Winning at DFS

So you were wondering how to make money playing Daily Fantasy Sports, but don’t know how? It can be an awesome way to make a supplemental income doing something you love, WATCHING SPORTS! We have collected a few tips so you’ll know how to make the most out of your game.

Here on SuperDraft, we offer a variety of sports for your DFS pleasure including; NFL, NBA, WNBA, MLB, MMA, NHL, PGA, Nascar, and even Fantasy Poker! When deciding what competition to play in, you can filter contest offerings by your desired sport. Different contests will have different entry fees, lineup entry limits, and payout structures. All of this should be factored into which contests you decide to play in.

Before we get started, let’s make sure we stack the deck in your favor. Obviously, with so many game options, it can be confusing deciding where to play. It’s a great way for you to follow your favorite team and win some extra dough in the process. At SuperDraft, we want you to win, and with a roughly 55% win rate, you’re doing just that.

Fortunately, we offer a variety of game modes to provide plenty of options for you to win some extra dough.

You can see that every player is assigned a multiplier value instead of a salary cap value. The multiplier figure stands for the value a player’s point total will be multiplied by.

We also have Single Game Champion mode. In Champion Mode contests, you create a five-player lineup consisting of one Champion scoring an additional 50% of their multiplier value and 4 FLEX players. This only happens when you are drafting a team of players from one game.

So, if you select a player with a 2X multiplier to be your champion, with the additional 50% scoring boost, that player would now have a 3X multiplier! You can see why making your champion is so important.

A tenured star will likely have a low multiplier, so, giving them a 50% boost, will provide a decent overall score bonus. However, finding a high ceiling potential star, that boost can do some real damage. Choose your champion wisely!

Finally, our salary mode is your standard DFS system. In Salary Cap contests, you are given a total salary cap of $80,000 to draft your lineup. Players are assigned a salary based on their value as determined by SuperDraft. Your job is to draft the best possible lineup for the contest you are entering. PS: Salary mode is only available in contests you create.

Once you’ve decided on what contest(s) to enter in, it’s time to draft a lineup.

First things first, you need to have a diamond in the rough. That means you need to have at least one player that almost no one else has, that has a great game. They will likely have a high-value multiplier because of their low floor which consequently makes them a great choice!

Check out the scores here on Carmelo Anthony, Michael Porter Jr, and Collin Sexton! Melo was only owned by 1.9% of players and scored 107.82 points. This really made the difference for this particular SuperDraft Player as this lineup put him at the top of the leaderboard in this contest.

Your lineup can’t be built on long-shot value players. Every winning team has a few tenured stars that are guaranteed to put up fantasy points. To stick to the photo above, players like Jokic who had an MVP caliber season is going to have high ownership percentages, that’s just the reality, and he will likely have a low multiplier value (see 1.1X above). Despite his high ownership, this shouldn’t dissuade you from drafting him.

Lebron has proven time and again that he is capable of huge numbers despite a low multiplier. By finding the right blend of diamond in the rough type players and tenured stars, you will be providing yourself the best opportunity to win!

How to make money on daily fantasy sports

When deciding on what contest(s) to participate in, we recommend checking for overlays. The concept of overlay is when a contest that is guaranteed to payout a certain amount of money is not close to filling up the maximum amount of entries allowed in the contest. Here is an example for you to look at:

This particular MLB MoonShot Challenge is getting ready to lock and you can see that’s it has only filled up 109 out of 204 entries. What does that mean for you? Let’s take an example. Pretend that you submit a lineup and make the total entries 110 out of 204 available, meaning there are 109 lineups that are not yours in this competition. That may sound like a bad thing, but it’s actually a great thing for you, the DFS player! If this competition was completely full, your lineup would have to beat 203 other lineups to win money. Instead, because of the overlay, you only have to beat 109 other lineups. That’s 94 fewer chances for you to be beaten.

Let’s say you’re still unsure. We get it. BUT, we’re here for you. We provide regular strategy articles and our customer service team is always available for any questions you may have.

After deciding what sport you will be playing, the next question is what game mode fits you best? From there, a smart DFS player drafts a lineup they are confident in. That lineup should have a nice mix of high-value players with tenured stars. The final step in the winning recipe is finding the overlays. Check for any other events with an overlay and consider entering those contests. After that, it’s time to sit back and collect cash.

Download the app and get started today. It’s easy, fun, and makes watching your favorite teams even better!

SuperDraft x Drafters Have Teamed Up!

How To Win At Fantasy Football

How to Play Daily Fantasy Football

SuperDraft x Drafters Have Teamed Up!

How To Play Daily Fantasy Baseball