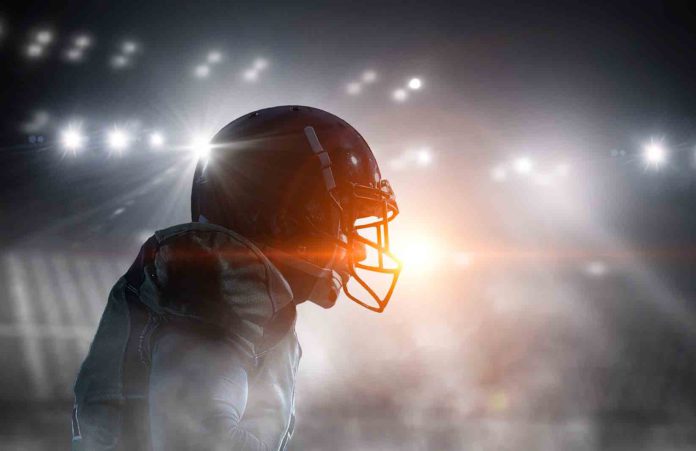 Football season is right around the corner and that means fantasy football season is fast approaching. It is likely that your buddies have a group chat deciding on draft dates, buy-ins, payout structures, rule changes, and more. Standard fantasy football leagues span over three months. Week in and week out, you’re trying to make trades, keep up to date with injury reports, and doing your homework.

Here at SuperDraft, we do things a bit differently. Classic fantasy leagues are great! The camaraderie is unmatched, however, we prefer to see money fast. With Daily Fantasy Sports, you get paid as early as Monday night. That gives you enough time to do your homework and get ready to win more on Thursday! Let’s look at some strategies for winning at Daily Fantasy Football while making some serious cash and having some serious fun.

Let’s start with arguably the most important position on the field, your quarterback. Get a stud. Because SuperDraft offers multipliers for each player instead of a salary cap, your star quarterbacks are going to have low multipliers and that’s just fine! Though a star quarterback having a great week is ideal, those guaranteed points are necessary. We won’t ignore the facts though. A bad week from a top quarterback will bust your lineup and make it very difficult to win but it’s a risk that is necessary. With today’s quarterbacks being exceptionally athletic, a Lamar Jackson or Kyler Murray make fantastic options. They both have strong arms, solid receivers, and can scramble their way to a first down run and more even if the defense has all receivers locked up.

“Tip – You want your QB throwing a lot. If you think he will be in a losing or close game, draft that guy. A QB who is simply dominating in the first half will likely quit throwing in the second half. This is not good for you.”

This is where the fun begins. Typically running backs are high point scorers as well, however, their performance is often unpredictable. Additionally, their injury rates are the highest and an early injury can be costly to your lineup. Let’s get beyond the negatives. It is a good idea to have one great running back.

A guy like Alvin Kamara is going to put up points no matter what. He will get plenty of touches and scoring opportunities and that’s a guy, similar to your quarterback, that you need in a winning lineup. Your second option running back should be a great value player, also known as a “sleeper”. These are the players that are overlooked because of the more talented running backs.

As a running back sleeper can be a second option back on a great team, a first option back on a bad team, or a “would-be-starter” on a different team. A player like David Montgomery is a solid value pick. After establishing himself in the second half of last season, he’s poised to have a higher impact on the Chicago Bears offense this season and can make a great value pick.

There’s a catch to running backs that is worth noting. A running back’s performance is not entirely under his control. If a team has a great rush defense and the offensive line has a few injuries, it is safe to assume the running back will not be having a great week. Keep this in mind when drafting your stars and your value picks.

“Tip – A value running back from a team that is a big favorite is a solid pick. It is likely that he will rack up the yards late in the game when they have a lead.”

A wide receiver is a relatively predictable position. Each week you should be doing a breakdown of your receiver vs. cornerback options to help you make this decision. Players like Julio Jones can dominate the best corner’s in the league and are always worth your consideration. Some value or sleeper receivers are likely going to be second option targets but playing a team with only one elite cornerback.

Take Calvin Ridley last year. Week in and week out Julio Jones had to take on the best cornerback on every team. While Calvin is a star, he was not the star on his team. Because of that, he was often left a less talented cornerback and was able to expose them time and time again and finished the season tied for 5th in total yards with 1,374 yards in 90 receptions and 9 touchdowns. It is easy to do your homework on wide receivers, just make sure you get it done!

“Tip – It’s not a bad idea to grab an underdog receiver as a second option. If his team is losing by a lot, they should be throwing frequently and that’s good for you.”

This is one of the more unpredictable positions to draft. Your tight end is effectively a value pick by himself because the best tight ends are great values anyway! Because they don’t get a surplus of targets or touches, they will likely end up with fewer points than your quarterback, running back, or receivers anyway so no harm no foul, right?

On SuperDraft, because we offer multipliers instead of salary caps, drafting a tight end is an easier decision. Pick the best available one that you think will have a great night!

A tight end’s job is first and foremost to block. After that is complete, he will likely have a short run, looking to gain a few yards for a first down or a short touchdown. Something to look for in drafting a tight end is finding the tight ends who play in an offensive system that provides them opportunities for receptions more than other teams.

“Tip – There are always a few teams that struggle with defending against a good tight end. Look for those teams, find them, and it might be worth taking a chance on whatever tight end they are playing that week.”

Drafting a kicker is relatively easy because there are only a few things to consider outside of the kicker’s personal stats. Look at the team he is playing on. Do they score frequently and press down the field well or are they a low-scoring team that struggles to convert 3rd downs?

A team that scores more frequently will also be very good at pressing down the field. Kickers are elite nowadays and can sink 50-yard kicks like it’s nothing! As long as their offense can get within the 40-ish yard-line (40 yards to goal line, 10 yards of endzone) a kicker has the opportunity to score a field goal and/or extra point if their team scores a touchdown. Draft those guys, that’s it, that’s the secret.

If a team can’t score, they likely struggle pressing down the field to get into field goal range anyway and therefore provide fewer opportunities for field goals and extra points and provide very little value to you. A potential sleeper-kicker would be a kicker playing on an offensively poor team that is finally playing a very bad defensive team. It’s worth peeking into that matchup and taking the risk because a kicker having a great day has beaten more than one fantasy player.

You can find all your information needed to put these strategies into action and start winning on SuperDraft here, in our article How To Win At Daily Fantasy Sports.

What is PPR in fantasy football?

PPR in fantasy football stands for – “points per reception”
In a PPR league receivers, tight ends, and running backs receive one point for each reception, making certain players far more enticing in this format. A running back who also receives short dump-off passes has a drastically higher value because he gets 1 point per short pass, even if it only gets 6 yards. Just the same as he would if he rattled off an 11-yard carry.

What is standard scoring in fantasy football?

Who should I draft first in fantasy football?

Here’s what NOT to do. DO NOT, UNDER ANY CIRCUMSTANCES, DRAFT A KICKER FIRST. The ONLY exception would be if your entire league had a rule that you have to draft a kicker first, and since we’ve never heard of that, just don’t do it.