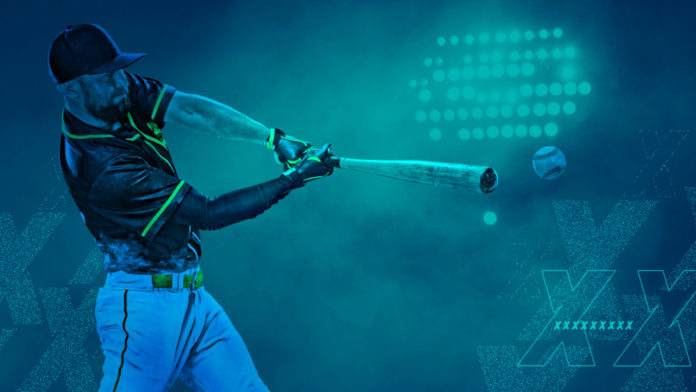 So, you want to start playing daily fantasy baseball but aren’t sure where to start? We’ve got you covered for all things you need to know about America’s pastime. We will be going over how daily fantasy baseball is scored, different types of competitions and games that are offered on SuperDraft, some helpful tips to consider when building a strong lineup, and some absolute no-no’s to help you avoid putting together a poor lineup.

How Daily Fantasy Baseball Is Scored

Understanding the scoring format of your competition can be vital to putting together the most powerful lineup, and we don’t mean home run prone. On SuperDraft, we do things a bit differently. Instead of having a salary cap that you must stay under during your draft, we assign each player a multiplier. There is no limit to the combinations you can put together with those multipliers, and therefore, you’re granted more freedom.
Your daily fantasy baseball lineup consists of eight players: two pitchers and six hitters.

So, for every one of these actions that occur, your player would receive that many points. For example, let’s say that Bryce Harper has a 1.2X multiplier and is in your lineup. He finishes the day 2-4 with 1 RBI by virtue of a single, a double, and a sacrifice fly that scores one run. He will receive 2 points for the single, 4 points for the double, 1 point for the sacrifice fly, and 3 points for his RBI for a total of 10 points. Now because of his 1.2X multiplier, take 10 * 1.2 and his total points for the day would equal 12 points. This same principle applies to all six of the hitters you selected.

An example of a pitcher’s scoring breakdown could be, you select Corbin Burners, starting pitcher for the Milwaukee Brewers. Corbin is having one heck of a year and only has a 1.1X multiplier. His stat line for the day is 7 innings pitched, 2 runs, 8 strikeouts, 4 hits, 0 walks, and he gets the win. Corbin would receive 14 points because he pitched 7 innings, -4 points because he gave up 2 earned runs, 16 points because he struck out 8 batters, -2 points because he allowed 4 hits, and 4 points because he got the win. So, 14+(-4)+16+(-2)+4 comes out to a total of 28 points. Now multiply 28 * 1.1X because of his multiplier, and Corbin Burnes’ daily fantasy total for the day would be 30.8 points. Keep in mind, that this is an exceptional pitching performance and not all pitchers will be receiving such high scores.

This knowledge should help you to decide on what type of competition you will be choosing to play on SuperDraft and should absolutely be a thought to consider when drafting your daily fantasy baseball lineup.

This selection must be done BEFORE the competition is locked. Take our Bryce Harper example above. Bryce was originally given a 1.2X multiplier. If he was selected as Champion of your daily fantasy baseball lineup his scoring multiplier would be 1.2 * 1.5 to give you a 1.8X total multiplier. Now, his 10 total points would be multiplied by 1.8X instead of 1.2X and would give him 18 total points instead of 12. You can see why selecting the right champion is important!

How To Draft In Fantasy Baseball

Your draft strategy in fantasy baseball on SuperDraft needs to take into consideration your game selection. Will you be playing a single game or multi-game slate? Is it Champion Mode or Multiplier Mode? All of this should be factored in. To have a complete daily fantasy baseball lineup, you will be drafting 2 pitchers and 6 hitters. This format applies to both Champion Mode and Multiplier Mode. When drafting your team, consider this format. A pitcher selected as your champion has the potential to put up some serious numbers, but if you’re competing against a player who has a Champion hitter and he hits for the cycle, it’s going to be a tall task to beat that fantasy score. Keep this in mind!

Now you’ve got the basics. You understand how daily fantasy baseball is scored, you know to check the elevation of the stadium for pitchers, lefty on lefty or right on righty matchups for hitters, and the history of particular players against particular teams. It sounds like you’re ready to get started winning real money on SuperDraft today!

How To Win At Fantasy Football