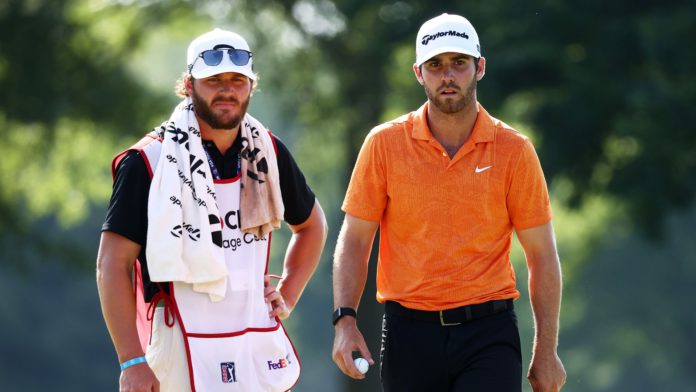 After playing a rough stretch of Golf after the pandemic suspension, Jon Rahm made a big statement this weekend at Muirfield Village. He won by three strokes in arguably the most star-studded tournament of 2020 and is now the #1 ranked player in the world. The PGA Tour takes a big turn this week as they head up to Minneapolis for the 2nd annual 3M Open. This is one of the least star-studded events we have seen this year as Dustin Johnson and Brooks Koepka are the only players in the top 10 playing this week. Given the weaker field, it will give a host of other players a chance to shine. One player who is a prime candidate for that was in the mix this past week all the way to the end.

Finau was rolling along the first three days at the Memorial Tournament as he finished in first after Thursday and Friday and was in 2nd heading into Sunday. Things fell apart on Sunday though as he shot a 78 and dropped to 8th place. While it was a disappointing ending for Finau, in a vacuum finishing 8th in the field he was competing against is impressive. Now that he gets to face off against a weaker field, we will continue to see why he is ranked as the 17th best player in the world.

Finau had a great start to 2020 as he finished in 14th, 6th, and 2nd in his first three tournaments. Things cratered a bit after that as he missed the cut twice and finished in 51st, 23rd, 33rd, and 53rd in his next six events. After what he showed this past week in Ohio, I am ready to believe in Finau being firmly in the mix again this week and providing excellent fantasy value at 1.15X.

Wolff had quite a bit of hype around him coming into 2020 as the 21-year-old kid who was looking to show off his skills on the PGA Tour. It started off well at the Sentry Tournament of Champions as he finished 11th. He then finished 61st and 21st in the next two tournaments before things went downhill for the youngster. In his next seven tournaments, he missed the cut four times and finished 58th, 52nd, and 54th. However, he has recovered a bit since then. He finished 2nd in the Rocket Mortgage Classic at -20 with 103 fantasy points. He missed the cut the next week but then bounced back at the Memorial Tournament finishing in 22nd.

In the last few weeks we have started to see Wolff get his confidence back and the circumstances he faces this week points to another great outing from him. He will be going up against a weaker field and he will be playing at the same course where he secured his first-ever PGA win at age 20 last year. He should have supreme confidence heading into Minneapolis this week and that 1.2X multiplier could very well turn out to be a steal.

Glover was not on anyone’s fantasy radar to start 2020 and for good reason. In his first five tournaments of 2020, Glover missed the cut twice and finished 49th, 50th, and 61st. Since coming back from the suspension of play, he has looked like a new golfer. Before finishing 38th this past week, he finished 23rd, 21st, 20th, and 21st in his first four tournaments after returning from the pandemic suspension. Since the return to play, he is averaging 76 fantasy points per tournament. With his multiplier factored in, that average goes up to 91.2 fantasy points per tournament.

What is even more encouraging about Glover is the fact that he finished in 7th place last year in this tournament. With the consistency that he has shown recently and the fact he already has had success at the 3M open, it feels like a no-brainer to throw him into your lineup with a multiplier value of 1.2X.