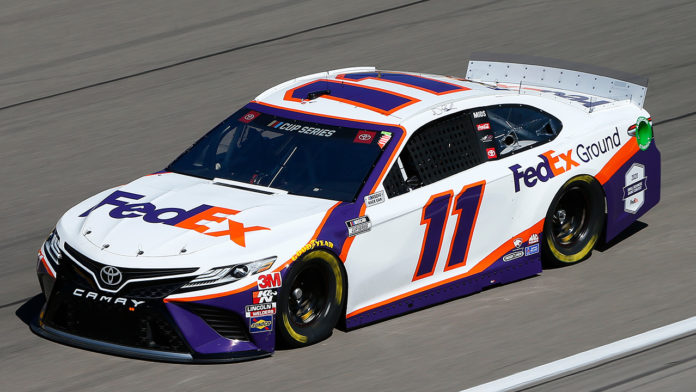 Austin Dillon was able to secure his first win of the year this past Sunday at Texas Motor Speedway. He just edged out Tyler Reddick, Joey Logano, Kyle Busch, and Kevin Harvick. Now the NASCAR Cup Series heads to the Kansas Speedway for the Kansas 400. This will be the second straight week where we will have a race in the middle of the week. We had the All-Star races last Wednesday and the Kansas 400 will take place this Thursday. It will be another short week for these drivers and it will be interesting to see how they respond to another quick turnaround. Without further ado, let’s get into the top picks to consider for your lineup Thursday.

Harvick was an easy selection for your lineup for a few weeks when NASCAR returned from the suspension of play in May. He had a multiplier of around 1.2-1.3X and was the best racer in the world. His multiplier has been 1X for a while now but it is back up to 1.05X for Thursday! This is a great time for you to snag him with the way he is racing right now. In his last six races, he has finished 5th, 3rd, 4th, 1st, 2nd, and 1st. In this stretch, he averaged 74.12 fantasy points per event when you include his multiplier. When you get a guy who has placed in the top five in his last six races for anything more than 1X, you gotta snag him.

Harvick’s history at Kansas Speedway is promising as it is in most tracks. In his last eight races here, he has finished 9th, 13th, 12th, 1st, 8th, 3rd, 1st, and 2nd. While the most recent performances at Kansas Speedway haven’t been his best, we have seen what he is capable of doing when he is driving well. With the fact that he has finished in the top five in every race for the past month, I would feel confident inserting him into your lineup at 1.05X.

Kyle Busch may not have won a race yet in 2020, but he has been in the mix as much as anyone this year. After coming in fourth place at Texas Motor Speedway on Sunday, Busch now has placed in the top five on eight different occasions. That is the third-most in all of NASCAR behind only Harvick who has 11 and Denny Hamlin who has nine. This is not even including the fact that at the Dixie Vodka 400 and the Brickyard 400 he finished in 6th place. Busch has been in 11 races since NASCAR returned from suspension and only in four of those races did he place outside the top six. One of those was a result of a crash in the Pocono 350. Taking all of this into consideration, Busch has been quietly one of the better racers out there and you can select him at 1.25X.

What makes him even more appealing is how great he has been recently at Kansas Speedway. He had one hiccup when he finished 30th in one of the two races he participated in there during the 2019 season. Aside from that, in his last nine races there he has finished 3rd, 2nd, 10th, 10th, 5th, 5th, 1st, 5th, and 3rd. This is remarkable consistency shown here by Busch. I would have him as a lock to make your lineup for Thursday.

While Hamlin has certainly not been at his best recently, it is hard to not be intrigued by a multiplier of 1.15X with how good he has been this year in totality. Hamlin is ranked 1st in wins, 2nd in top-five finishes, 4th in top 10 finishes, and 4th in laps led with 466. While his recent stretch of finishing 20th, 5th, 12th, and 28th is not great, that does not seem like it represents who he is as a racer. The guy who finished 1st, 2nd, 4th, and 1st in the four races before that seems to be a more accurate representation of who he is.

What is encouraging about Hamlin is the last time he raced at the Kansas Speedway he came in first. In the four races before that, he finished 16th, 14th, 5th, and 5th. Hamlin is more than capable of snagging another first-place finish on Thursday and with that multiplier of 1.15X, it could be a home run pick for your lineup.