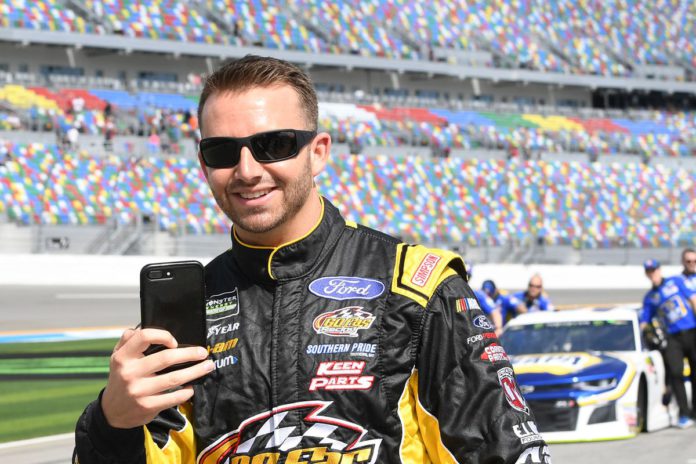 There have been three races so far in the NASCAR Cup Series in 2021 and the usual suspects are already up at the top of the leaderboard. Denny Hamlin, Kevin Harvick, and Joey Logano round out the top three. Unsurprisingly, these three racers make up three out of the top four multipliers in the draft group on SuperDraft. However, the man you should choose as your champion slot to take home the $2,000 top prize is not either of these three.

The driver you should take is Matt DiBenedetto who has a CHP multiplier of 2.65X and a SFLX multiplier of 1.75X. It has been a rough start to 2021 for DiBenedetto. When you include all of the Daytona races, he is currently averaging 26.8 fantasy points per event. He has finishes of 10th, 12th, 33rd, 37th, and 28th. Despite the rough start, I believe he has the ability to turn it around as he is coming off the best year of his career and he has steadily improved every year since he got into the cup series back in 2015.

In 2020, DiBenedetto had 11 top 10 finishes and then 3 finishes in the top 5. You know what the most encouraging part of those top five finishes? It is the fact that TWO of those races were at the Las Vegas Motorspeedway. This is where the Pennzoil 400 happens to take place this weekend. In both of those races last year, DiBenedetto finished in 2nd place. He finished behind Joey Logano and Kurt Busch in those two races. These are two drivers who typically have lower multipliers. DiBendetto’s champion multiplier of 2.65X has all the potential to be a grand slam pick if he can land in the top 10. Given the fact that he is due for the big race and Vegas is a place that has done it for him before, I think DiBenedetto will win you BIG money with him representing you at the champion slot.

Who do you got at your champion slot this weekend? Let us know in the comments!