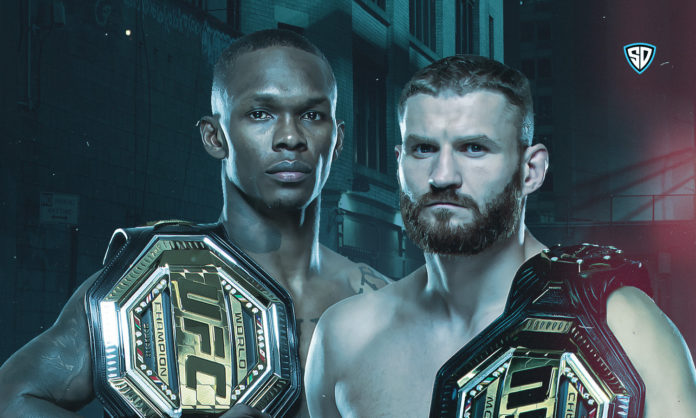 Hey SD community! Trots here again for some quality multiplier picks to help you rule the UFC contests this weekend. Below is the link to enter into our UFC Knockout contest which is offering 25K in guaranteed prizes!

Let’s start with the first championship fight! Yan is a powerhouse for this weight division and that should not be overshadowed. However, if there was one man on the planet that could crack the puzzle it’s The Funk Master! Aljo is a 1.4X in this fight which shows tremendous value for the stats. He strikes and lands at a 4.8 per minute, lands a takedown 1.82 times per 15 minutes, and only absorbs 1.9 significant strikes per minute. Yan is the champ, but Aljo could be the peoples champ at 1.4x this weekend!

Now, many people have this one sided, as it should be when the GOAT steps into the octagon. Normally I would have people stay away from a 1X but in this case with Nunes, she is too dominant to pass up. Nunes has shown that she can adapt to any fighter that steps into the cage (Holm, de Randamie, Spencer – all different styles of fighters). Megan is a long fighter and will have a significant reach advantage but that will not matter. Take the GOAT at 1x and let her domination do the talking!

NOW FOR THE MAIN EVENT OF THE EVENING (picture Bruce Buffer screaming). This is the fight that everyone is talking about this week, will Issy become the double champ? For 1.2X, YES. Is it going to be a war? YES. Will Jan land a punch that makes you think otherwise? Possibly. The problem for the power puncher Jan is that Issy will not be there the majority of the time he moves forward. Adesanya is a sniper landing 4.1 strikes per minute using every limb to do so. I think there will be a major speed advantage as well. Put The StyleBender in your lineup at 1.2X and watch a master of martial arts be only the 5th double champ in UFC history.

For those of you out there that watch the undercard like myself, there is a big fight to headline it. Dom Cruz is facing off with the new, and hot as of late Casey Kenney. Many think that this a sneaky bad fight for Cruz being his age and how he has lost as of late. I disagree, Cruz at a 1.45X is tremendous value for a person that WAS the champ of this division a short time ago. Cruz’s defense is 73% on the feet and 83% against takedowns, this is how he will win the fight. The Dominator has one last run in the title in him before he sits down next to Jon Anick and Joe Rogan!

Who do you think wins the belts this weekend? Let us know in the comments!