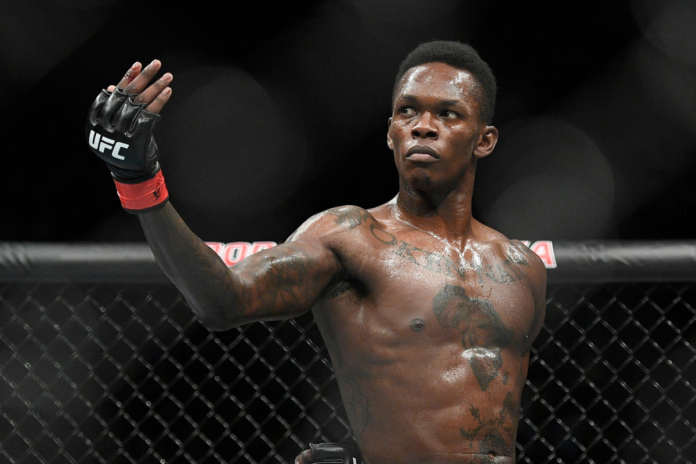 Is everyone ready for MMA after a weekend of celebrity boxing? We got a stacked card that the UFC has put together for us, LETS GET INTO IT!

Don’t forget to get your lineups into the UFC Knockout contest for your share of $10,000!

What a fight to lead into the championship bouts! Who is not pumped about the return of Nate Diaz? I’ll tell you what, dangerous fight for Leon to agree to. If you are a fan of the UFC like myself, we have all watched the nasty wars that Nate and Connor Mcgregor used to get into. We know Nate can take a punch and the dirty boxing is the place of comfort for him. Also, do not take the BMF (Doctor called the fight due to cut caused by Masvidal elbow) fight lightly when you are analyzing this bout. Now, Edwards is a problem for anyone in the division and has proved that even though he has been blocked for the last couple of years he is still a major contender. He had a “no contest” decision in the last fight with Belal (who is in this card as well) but was controlling everything before the nasty eye poke. The key to everything here is the defense if Nate can absorb the strikes and stuff the takedowns this could go to a decision. Go with Leon as he has been more active as of late, has better defense, and fight IQ to not get suckered in the hairy situations. Not a high multiplier but worth points for the decision!

WHAT A CO-MAIN EVENT. If you weren’t tuned in during the COVID, crowd-less fights, you missed a good one. The first fight was a fight of the year contender and this one will not disappoint. Figgy is dominant and a powerhouse for the weight class. He lands 3.38 strikes per minute and has a 56% accuracy when throwing strikes, THAT IS A PROBLEM. Moreno has 38% accuracy when throwing strikes but he lands slightly more with increased volume at 3.41 strikes per minute. This could be the most entertaining fight of the main card and I think that Moreno is worth the pick in this situation. He is a very smart fighter and absorbed the big power shots from Figgy and kept moving forward. I believe his defense of 59% is going to play a major factor (Figgy with 50%) as well as the two-inch reach advantage. RIDE WITH THE ASSASSIN BABY AT 1.5X AND HOLD ON FOR THIS ONE!

Man, you better not sleep on Izzy after his first loss. This man might come out possessed in his first fight back in front of a packed house in AZ. After losing to Jan Blachowicz in his light heavyweight debut, Izzy took the loss as a learning moment and is ready to take on the best of the middleweights. Now, Vettori is a young and hungry fighter with a lot to prove and has been asking for this fight for a long time. Vettori has put up some crazy numbers with his climb up to the contender spot. He lands 4.14 strikes per minute, 2.22 takedowns per 15 minutes, and a takedown defense of 78%. The wrestling is going to be an interesting story in this fight, Izzy has 80% takedown defense but I would expect Vettori to try and take this to the mat. Take The Stylebender in his title defense because of the reach and dog mentality this man has. Izzy will not want to lose his belt IN HIS DIVISION. The value pick would be Vettori at 1.55X but it’s not worth it if he doesn’t win, which I don’t think he can do.

For those of you that want to take advantage of the whole slate and not just the main card, this is one to keep an eye on! There was a huge shift in the line in Vegas with this fight which leads me to believe people know something that we do not or the masses are underestimating Chase Hooper. Chase is a very young fighter but he has impressed so far holding a record of 3-1 in the UFC with 4.43 Strikes per minute and a takedown defense of 66%. Peterson however can handle his business on the feet with 4.46 strikes per minute but the stats that strikes out…. 5.89 strikes ABSORBED per minute and a 35% striking accuracy! That being said, Chase has a 4-inch reach advantage and I think this fight could be easy money for him if he can stuff the takedowns and strike with Peterson on the outside. Take Chase Hooper and let that 1.35X multiplier EAT!!!