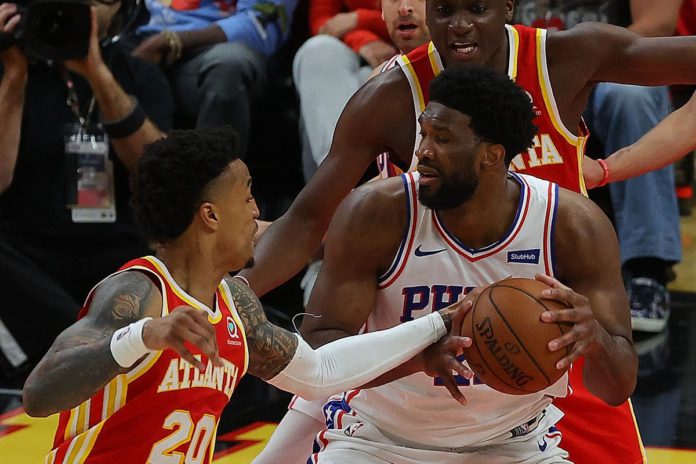 The Suns and Bucks took care of business yesterday in their respective Game 4’s. Which will teams will emerge victorious in tonight’s Game 4’s? More importantly who will be the players providing the most fantasy value in those games? Let’s break it down!

Click here to join our $25 multi-entry NBA Fadeaway contest with $10,000 in guaranteed prizes!

Donovan Mitchell (1.15x) – Mitchell is coming off of 30, 29, and 24 FGA’s in the first three games. Expect him to revert back to those Game 1 and 2 numbers after a tough Game 3 loss. Mitchell has been solid throughout the box score as well, adding to his scoring performances with just shy of double digits rebounds + assists each game. As the complete focal point of Utah’s offense in a game projected by Vegas to see 220 plus points, the model is forecasting Mitchell to keep up his impressive streak of performances. The Jazz are 5 point underdogs tonight, which sets Mitchell up to be shooting well into the 4th, and he’ll take the majority of the shots in any close game.

Kawhi Leonard (1.15x) – There are some strong options at forward tonight with both Clippers forwards having consistently strong performances and the option to play Embiid or Tobias Harris as well. Kawhi sets up for a monster performance in what Vegas is projecting to be a close game with a high point total. Leonard is coming off a 34 point game in a pivotal Game 3 win to keep the series close. Look for him to replicate this performance tonight to try and even the series at two games apiece. After getting 19, 17, and 24 FGA’s in the first 3 games respectively, the Clippers will be looking to recreate the Game 3 script and even the series going back to Utah.

Joel Embiid (1x) – With the only other strong option at Center tonight being Rudy Gobert, Embiid is getting a lot of exposure in optimal line-ups at the center position tonight. Embiid has looked impressive despite dealing with a knee injury in the first 3 games of the series. Embiid has seen 21, 24, and 14 FGA’s in the first 3 games, and he’s a strong candidate for double-doubles with his performance on the boards. He’s been impressive on the defensive end as well with 3 blocks in 2 of the 3 games this series. In a pivotal game 4, where the 76ers will look to put this series out of reach, look for Embiid to put up a classic performance that had him in the MVP race all season.