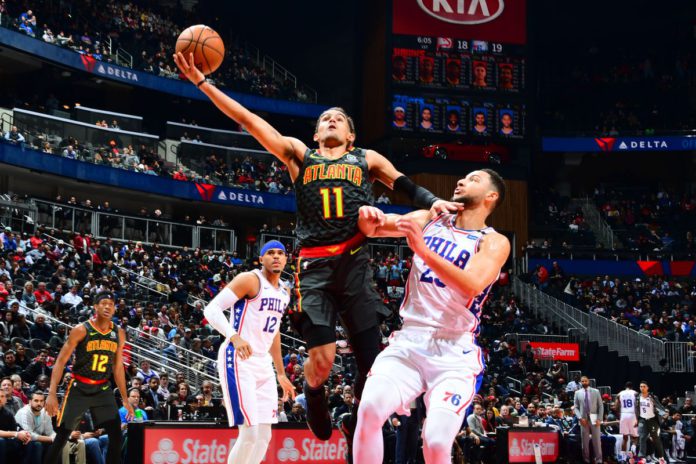 The 76ers got smart and started to put bigger defenders on Trae Young in Game 2 and it worked, holding him to under 40% shooting and only 21 points. Is he still worth playing tonight? Also, the Suns have dominated the Nuggets so far and taken a quick 2-0 lead. Can Jokic put together an all-time performance in this must-win? Let’s get to tonight’s top picks!

Click here to join our $25 multi-entry NBA Fadeaway contest with $7,500 in guaranteed prizes!

Trae Young (1.15x) – There are some great options at Guard tonight, with Trae Young leading the pack. Trae has been dominant these playoffs, and he has the stats to prove it. Coming off one of his least impressive performances in Game 2 and lowest point total of the playoffs, look for him to bounce back to form taking 20+ field goal attempts and double-digit assists. Trae has proved an ability to take over offensively and will the Hawks to wins, expect him to do that tonight after a tough game 2 loss. Young’s gone over 30 points in 5 of his 8 playoff games this postseason and registered double-digit assists in half of them. One of the highest floor point guards as well, look for Trae Young to play a pivotal role in winning lineups tonight.

Tobias Harris (1.2x) – There is a pretty large margin of value for Tobias above the other guys on the slate tonight. While Embiid gets into a lot of optimal line-ups at the Forward position, Tobias has been consistently great these playoffs. Shooting 62% and 58% respectively from the field in games 1 and 2 he has been an efficiency machine while also filling up the rest of the box score with a significant presence on the glass. With De’Andre Hunter out for the series, the Hawks lose the only guy who could stand a chance at locking up Harris. Vegas is forecasting a close game in Atlanta, which will see Tobias on the court for one of his higher minute clips of the season, and as a primary option in crunch time expect him to see potentially 20 plus FGA’s.

Nikola Jokic (1x) – With a loaded night at center tonight, the model gives a lean-to Jokic in an absolute must-win to keep the Nuggets season alive. Coming off a few reasonable performances in Games 1 and 2, the reigning MVP is in a take-over spot tonight trying to keep his team alive. While he’s seen 17 and 23 FGA’s in the past games, expect that number to rise as the Joker looks to keep Denver’s fans hopes alive. While the model likes the other 1x multiplier guy tonight, Embiid, who also has eligibility at Forward, the pressured situation for the Nuggets forces Jokic to play an even more significant role than the one that won him the MVP this season. Look for him to dominate in line-ups tonight.