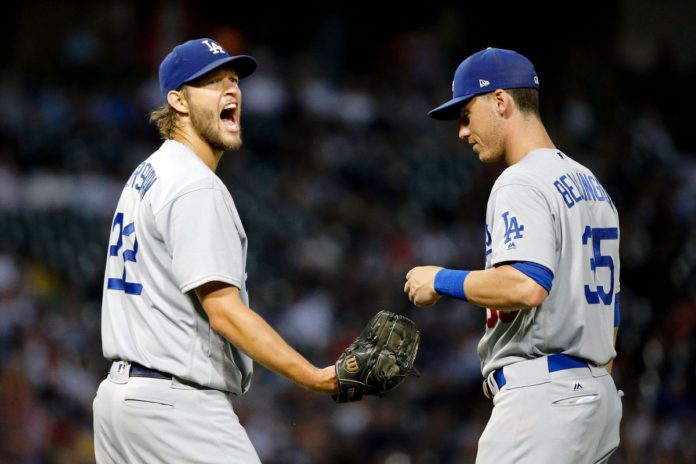 Baseball is back and I couldn’t be happier. With the long layoff, expectations for players are out of the window when it comes to how they will perform out of the gate. BUT, I have a few value players for you in the two-game slate to kick off the season.

Normally, pitchers have the upper hand at the beginning of a season but the pandemic-induced layoff could switch this around. All four starters in this slate might not throw more than 85-90 pitches depending on how they have been working out so I’m going with Kershaw’s multiplier instead of the 1-1.1X of Cole and Scherzer.

He has the easiest lineup to face by far with the Dodgers, Yankees, and Nationals having quality hitters up and down the lineup. The Giants .239 average last season ranked 27th in the league and they only got worse by losing Buster Posey. Although Kershaw had a down season a year ago, he posted an ERA of 2.37 against the Giants. It’s a no brainer and I wouldn’t be surprised if he was the highest owned pitcher in this slate – kind of scary for GPPs but he’s a cash game lock.

I’m reading a lot about how Max Muncy is dynamite play for this slate and although I agree, I’m jumping on Cody Bellinger having a juicer multiplier. After the season Bellinger had last season the sky is the limit, but after he came to camp with an “altered swing” what can we expect? Will it be the Belly that put up a line of .305/.406/.629 with 47 dingers last season?

Luckily, we don’t have to project that because we’re focusing on his matchup with Johnny Cueto – a guy who Belly has ripped in limited work to the tune of .353 with two doubles and dinger. Belly lit up righties last season for 29 long balls and 27 doubles with a slash line of .318/.417/.647. Roll with the stud and thank me later.

Adam Eaton’s ears are ringing this week with the DFS elite raving about him for the opening slate and at 1.45X he is going to be heavily owned. He has a tough matchup against Cole who mows down both righties and lefties but his position in the lineup can bring a huge return.

Batting behind Trea Turner and in front of Starlin Castro, Juan Soto, and Howie Kendrick, he will have the opportunity to both score and drive in runs on a daily basis. Now that he is fully healthy he is going to be an important part of the Nationals’ success.