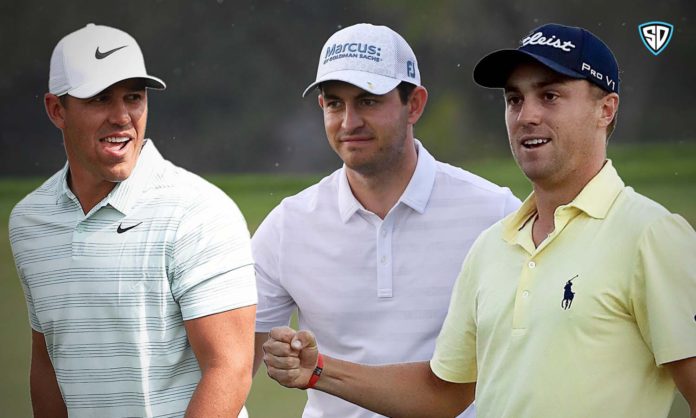 After securing a win this past weekend at the Rocket Mortgage Classic, Bryson DeChambeau will be sitting out this tournament. With the way DeChambeau has been dominating recently, other golfers surely aren’t sad to see him out. This week the tour moves to the Muirfield Village Golf Club in Ohio for the first-ever Workday Charity Open. This tournament until this year has been named the “Memorial Tournament”. Due to the pandemic, the John Deere Classic was canceled and this tournament is the replacement for it. This week’s field is a bit on the weaker side with no DeChambeau or Rory Mcilroy but there are still some big names to choose from to help you cash this week!

The 9th ranked player in the world has been as consistent as anyone in golf for the last year or so. He has placed in the top 12 in 9 out of the last 16 tournaments he has played in and hasn’t missed a single cut in that span. When it comes to fantasy, that is huge because it is basically a guarantee that Cantlay will be accruing points for you all the way until the end. He has only played once since the return from suspension and that was at the Travelers Championship where he finished in 11th. In the five tournaments he has played in 2020, he’s finished 4th, 34rd, 11th, 17th, and 11th. During that span, he averaged 79 fantasy points per tournament and 90.85 when the 1.15X multiplier is factored in.

What is even more encouraging is Cantlay’s great success playing at Muirfield Village. He won the tournament last year, placed 4th in 2018 and 35th in 2017. It is rare to find a golfer of Cantlay’s caliber playing as well as he is now with prior success at the tournament’s course carrying a multiplier value of 1.15X. Do yourself a favor and lock him into your lineups for this week.

While Cantlay has been incredibly consistent, the same can not be said for Justin Rose. In 2020, Rose has played in seven tournaments. He has missed the cut in four of them and placed in 56th, 3rd, and 14th in the others. Despite this turbulent year he has had so far, he is still ranked as the 13th best player in the world. In his return from the pandemic suspension, he showed what he is capable of by finishing 3rd in the Charles Schwab Challenge and 14th in the RBC Heritage. Unfortunately, he then missed the cut at the Travelers Championship.

Despite missing the cut a couple of weeks back, I still believe in Rose because of his long track record of success and the fact he was able to put together a couple of good tournaments once play returned. If there is a course that will allow him to get back on that track again, it is the Muirfield Village Golf Club. In his last three tournaments here, he’s finished 13th, 6th, and 2nd. He has also had finishes of 8th in 2013 and 2012, 1st in 2010, 2nd in 2008, and 8th in 2004. This history shows the comfort Rose has playing here and I think he is going to bring great value to anyone who selects him this week.

Streelman is the definition of high risk, high reward pick. He has played in nine tournaments in 2020 and he has missed the cut five times and finished 45th and 47th. However, he has also finished 2nd twice, including a couple of weeks back at the Travelers Championship. While there is a lot of assumed risk that he can get cut and derail your lineup, he has shown that he can be a grand slam pick given his high multiplier. In the two 2nd place finishes he scored 104 and 97 fantasy points. With a 1.45X multiplier, it would be hard for that NOT to catapult you to the top of standings in our contests.

What makes me optimistic that Streelman will deliver for you this week is what he has done in the last five tournaments at Muirfield Village. He has finished 4th, 44th, 13th, 8th, and 18th in those tournaments. This is remarkably consistent for a player valued at 1.45X. I can understand if you would want to fade him given the cut risk but you might miss out on a huge fantasy performance that cashes your lineups in our contests.

Matsuyama, like other big-name players, struggled in his first tournament after the long break. He missed the cut at the RBC Heritage and it was the first time he had missed a cut since September. He rebounded nicely this past week at the Rocket Mortgage Classic finishing 21st at -13 with 82 fantasy points. In his other tournaments in 2020, he did finish 45th and 56th but also finished 6th, 5th 6th, 16th, and 12th. He was also on a roll headed into 2020 as he finished 12th, 11th, 11th, 2nd, and 3rd in the last five events of 2019. I believe this stretch is representative of the type of player Matsuyama is.