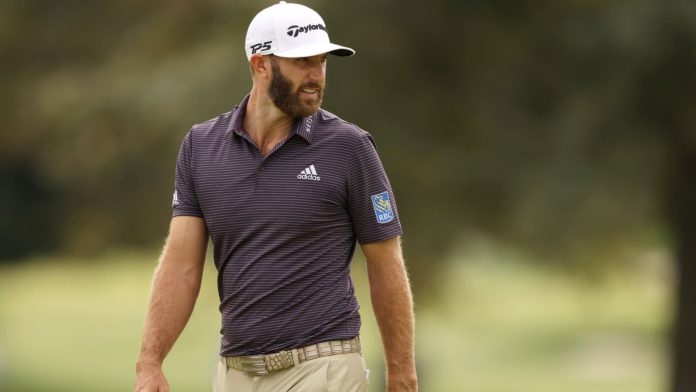 Alrighty, a mere 143 days later, and we are on the eve of more golf at Augusta National. We’re here today to talk some PGA DFS play on SuperDraft. For starters, how do SuperDraft PGA contests differ from the traditional salaried formats many readers might be familiar with.

If you are interested in trying out PGA contests on SuperDraft, we encourage you to check out our Free-to-access SuperDraft PGA optimizer, which will help you sort through the noise of projection players while also considering their multiplier projections.

There are two coefficients that standout as our most valuable weights: strokes gained putting & strokes gained off the tee. Augusta gets a rap as being a “hard” course, however the data would suggest that it is a little bit harder than your average course (in that fantasy scoring is a bit below tour course average), but with only a 137 slope rating, there should be plenty of birdie opportunities for golfers this week, and it wouldn’t at all be surprising for some mid-tier golfer to make serious runs for top-10 finishes. Couple this with aforementioned importance of rostering a dark horse that is able to make it into the weekend and work his way inside the top 10 or 20 golfers, it is definitely a fine weekend to try to pick a few higher-multiplier plays and take shots on them (we’d recommend in either separate lineups or with only a couple deeper plays per lineup). If Dylan Frittelli (or whoever your favorite sleeper is) shows up with a hot putter & shoots 8-under for a top-10 finish, he is likely to be more of a GPP-winning requisite than a Masters-winning Bryson DeChambeau.

Palmer is a picture perfect fit for both Augusta & SuperDraft scoring in general. He is super consistent, what he lacks in tournament-winning upside he makes up for in missed-cut risk mitigation. That should play up on SuperDraft, and his 1.4x multiplier will give him some nice scoring pop. His strengths align perfectly with Augusta’s course profile – he has gained half a stroke per round putting & off the tee over the last 6 months, those metrics are good for 16th & 11th among this week’s field.

We’ve seen Reed don the green jacket before, and while he doesn’t come in with a ton of hype, we know he’s got the makeup to win at Augusta. His recent form is also in excellent shape for the course, nobody in the Masters field has gained more strokes putting (per round) over the past six months than Reed’s 1.05 SG Putt mark. He’s also hasn’t been terrible off the tee, gaining 0.22 strokes per round.

Hovland has been ok putting as of late (+0.12 SG Putt over last 6 months), but he has really been awesome off the tee. Only Bryson DeChambeau has gained more strokes per round off the tee than Hovland’s +0.71 mark.

Kokrak checks in as a “Ryan Palmer lite”. His strengths as of late have been a little more skewed towards putting, our data suggest a slight overweight towards driving. But at 1.35x Kokrak has some flaws, but has shown some seriously good form as of late in facets of the game that should play up at Augusta. His +0.58 strokes gained putting (per round) over the last 6 months is good for 10th in this week’s field, his +0.41 strokes gained off the tee is good for 15th in this week’s field.