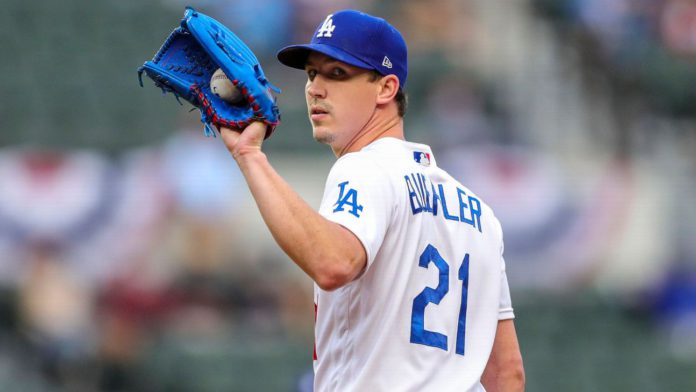 In our 8-game MLB slate, the guys at Advanced Sports Analytics have found some gems when it comes to starting pitchers. Take a look at who they are so you can build that winning lineup!

The projections are all over the 2x multiplier pitchers tonight. Martinez has struggled this month of June so it’s easy to forget his solid start to the season. Martinez has middle of the pack numbers for the pitchers on the slate tonight, his 21% whiff rate compares reasonably to the 21.8% whiff rate slate average, and his 7.9% barrel rate is slightly favorable to the slate average of 8.5%.

The value for Martinez tonight is the combination of his high multiplier against one of the league’s worst teams. Martinez had his best outing of the season against the same Pittsburg Pirates offense on May 5th, where he threw 8 scoreless innings allowing only 5 hits. Consider Martinez tonight as a strong value option on this smaller Thursday slate.

With the top projections of 2x multiplier pitchers tonight, we’ll jump over the 2nd projected pitcher and continue to target weaker offenses on the slate, going with Joe Ross pitching against the Marlins tonight. Joe Ross’ 3-7 record doesn’t do justice to the quality of performances he’s been providing lately. In his 3 starts in June he has a 2.37 ERA with 6 strikeouts a game.

His whiff rate this season of 24% is well above the slate average, and he’s going against a Marlins team with the 4th highest line-up whiff rate for teams playing tonight. With a favorable match-up and strong recent performances, Joe Ross offers excellent value tonight against the Miami Marlins.

The Twins line-up will get at-bats against J.C. Mejia tonight, and despite the Indian’s strong start, Mejia has been a weak point. Mejia is coming off of a 5 inning, 6ER performance against the weak Pirate’s line-up. Additionally, Mejia whose experience is that of a relief pitcher seems well out of his comfort zone when asked to start, resulting in his 8.53 ERA this month of June.

For the Twins, despite a poor record, their offense has not been the weak point. By team batting average, they’re 8th best in the MLB and by OPS they’re 7th best. Kirilloff, Arraez, and Larnarch have all had solid seasons and offer strong value with 1.6 and 1.7 multipliers against a struggling pitcher. Look for the Twins offense to get going tonight in a favorable match-up for them.

The lowest projected value of the night is for the Chicago Cubs line-up going up against the dominant Walker Buehler. Buehler has been lights out this season with a 7-0 record and a 2.38 ERA, with a 1.71 ERA this month of June. He’s only given up 2 earned runs, and 9 hits in his last 3 appearances with over 20 innings pitched. His 24.6% whiff rate is the second-highest on the slate tonight. The Cubs had notably been struggling offensively recently, and going up against dominant pitching tonight there is no reason to risk having them in your lineups.

Click here to join our $17 multi-entry MLB MoonShot Contest with $2,000 in guaranteed prizes!