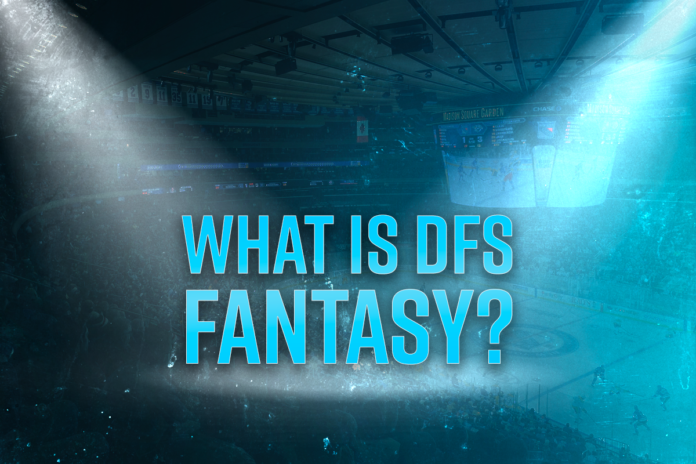 In these contests, you will draft a team from a pool of athletes according to what you believe they will perform the best. The athletes you select for your team will accrue fantasy points based on the stats they put up in the real-life games they are playing in. For example, if Tom Brady throws a touchdown pass and he will accrue a certain amount of fantasy points for throwing that touchdown.

Daily Fantasy Sports took the sports world by storm, but it started from the concept of just ‘fantasy sports’. So what is fantasy sports? These are games where people build a virtual team of real-world athletes. So how does fantasy sports work? The fantasy teams will compete with each other based on the statistical performance of real-life athletes. Fantasy sports have been around for years in the typical season-long format.

As far as DFS goes, the inception of Daily Fantasy Sports was back in 2012 when DraftKings was started up. DraftKings was the first to offer public daily fantasy sports contests. FanDuel would follow soon after that and become a very similar product. Many other smaller DFS platforms would follow before eventually, SuperDraft launched public contests in 2019 with a brand new multiplier game mode. The multiplier game mode gave DFS players unprecedented flexibility when building their fantasy team.

While they are all different in their own ways, the concept of these platforms is the same. It is about allowing players on the online platforms to participate in contests that allow them to build a team of athletes for a given league to compete for cash prizes based on the real-world statistical performance of these athletes.

Fantasy Sports are legal in certain states and illegal in others. It depends on the platform. When we say ‘legal’ that means you can deposit money and play in paid contests on the site if you located in a state that determines it as legal. For example, SuperDraft is legal in 39 U.S States and Canada.

What are Fantasy Sports Contests?

When it comes to the contests themselves, there are many different types. The construction of them can vary. The notable elements that vary from one contest to another are the number of people involved, the entry fee to enter, and the prizes at stake. Let’s break down the notable contest types starting with the two categories they will fall under:

Public Contests are mostly made up of games created by the DFS platforms where everyone is eligible to join them. They can also be created by a user who decided to make it public.

A created contest is a competition created by a user. The user is the one to choose the number of people involved, the entry fee to enter, and the prizes at stake. The user can also decide if they want to make it public or private.

Private Contests are user-created games in which the user decided to make it private. These matches when created are only visible to the user who created them. These are often used to play against friends.

A tournament is a contest that allows large amounts of entries which in turn typically leads to more cash prizes being at stake. There is more competition in these games but the reward for drafting a great team is huge. An example of a tournament would be a contest that has the following elements:

Head-to-heads work just as they sound – this is you going up against one other player where the winner takes ALL. These are contests that can only be created.

These are contests that have a small number of players with a smaller prize but have a higher percentage of lineups that win. There are three common types of booster contests:

What Fantasy Sports are There?

When it comes to the sports offered on Daily Fantasy Sports, the most-watched American sports are the ones offered. This includes Football, Basketball, Baseball, Hockey, MMA, Golf, NASCAR, and many more. Let’s dig deeper into what each sport entails.

We are talking about the NFL when it comes to Daily Fantasy Football. Some platforms offer college football but the NFL is by far the most popular. When picking your team, you will have:

During the NFL season, Sunday is the big day where you can participate in contests where you get to pick a team using a pool of players from all games played on that Sunday. There are some variations where there will be contests that just include the early afternoon games, just the late afternoon games, etc.

Then on Sunday, Monday, and Thursday night football, there will be contests offered where champion mode will be in effect. Because you are in a competition with a pool of players for just one game, you will be eligible to pick a player at the champion spot in your lineup where you will receive 50% more fantasy points! For these games, you will have one slot for your champion and then the remaining four slots are flex options.

When it comes to scoring, it is very similar to typical fantasy football scoring:

Daily Fantasy Basketball is centered around the NBA. For example, if you have a Monday night with 10 NBA games on, you will draft a team using a pool of players that are in those 10 games.

When there are circumstances where there is just one NBA game, it will be the same thing as the NFL where champion mode games are the only ones available. You will have one slot for your champion and then the remaining four slots are flex options.

When it comes to scoring it will be:

When you take the field for Daily Fantasy Baseball, they will be centered around games in the MLB.

As far as scoring is concerned for the hitters:

On DFS Platforms hockey competitions are all centered around games played in the NHL.

As far as scoring is concerned for the non-goalies:

The Advantages of SuperDraft vs other DFS platforms

The Salary cap game mode means you have to draft your team within a salary limit. Each player is given a salary and you must build a team that fits under the salary cap given. This mode causes restrictions on the team you can build.

There is literally no limit on what you can do while making lineups. Without these limitations of the salary cap, the game is more fun and easier to play than the product on the other platforms.

The other reason it is easier to win is there is a stronger emphasis on the single-game champion mode contests. These contests are easier for casual users to win because there are much fewer players in the player pool to draft. This limits the choices a user has to make and it gives fewer opportunities to highly skilled users to identify a player that can provide great value that a casual player may not see. The contests may be smaller but the competition is not as stiff as the other DFS platforms.

Lastly, is the newly introduced sport of Poker. SuperDraft is the only DFS platform to provide Poker which makes SuperDraft the only place Poker fans can go to play fantasy poker.

When it comes to leagues in fantasy sports, we usually are talking about fantasy football leagues. There are currently no house-organized daily fantasy sports leagues. However, SuperDraft has recently launched a partnership with SuperSports Global which almost serves as a DFS league.

SuperSports Global offers subscription packages where you get to play free DFS games on SuperDraft against other SuperSports members. Each package is priced differently with different levels of perks. The perks include exclusive content provided by DFS experts, private contests, and invitations to watch parties at Caesars entertainment destinations. SuperSports Global is the first subscription service in the Daily Fantasy Sports space.

Looking for the best Daily Fantasy Sports experience? Download the SuperDraft app in the App Store or Google Play Store and also go to our site to start winning!