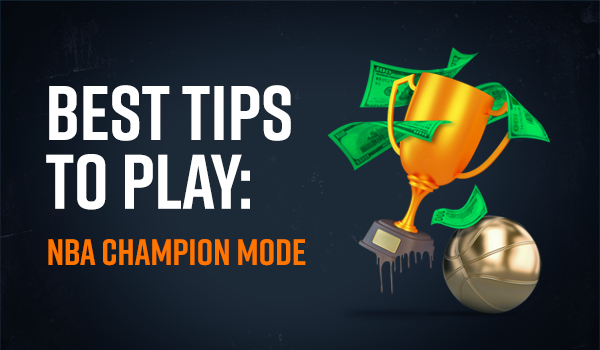 We sometimes discuss player groups & rules. For example, the idea that we don’t want to play Russell Westbrook & Brad Beal in the same lineup. This is because there is risk that Westbrook & Beal split fantasy production relatively evenly, such that as a pair they underperform two players from two separate teams who take on larger shares of their teams’ fantasy production.

In single-game formats, these types of rules are less relevant – as there is no other game from which players that share away fewer fantasy points can leapfrog star players that equitably share fantasy production to the point that neither puts up massive fantasy numbers. As such, playing combos like Bradley Beal & Russell Westbrook in the same lineup are more feasible for Champion Mode lineups than they are for Multiplier Mode lineups (particularly for large slates).

Take The Warriors/Mavs game on 4/27/21 for example: Luka Doncic (1x) had a massive 39-6-8-2 stat line last night with 59.5FP. It is hard to envision games in which he could have done much better, yet he was beat out massively by high-multiplier players like Andrew Wiggins. Wiggins put up 15 points, 5 assists, 2 steals, 2 blocks and 69.35 FP. While these low-multiplier plays make for fine plays, seeking out a mix of high-multiplier players at the Champion slot might be a high-leverage, positive expectation approach.

It can be helpful to roster players from different line rotations. If you roster players all from the starting lineup (of both teams), you’re simply expecting teams to be wildly efficient when bench players are on the floor. Unlike e.g. baseball, where sometimes the bottom half of the order doesn’t record a single fantasy point, bench units will score fantasy points. It can be detrimental to be overly leveraged to a single starting/bench unit as there are realistic fantasy ceilings that can’t be eclipsed in a fixed amount of time.

Now that we have given you the tips and tricks you need, go here to find a champion mode contest to take down!