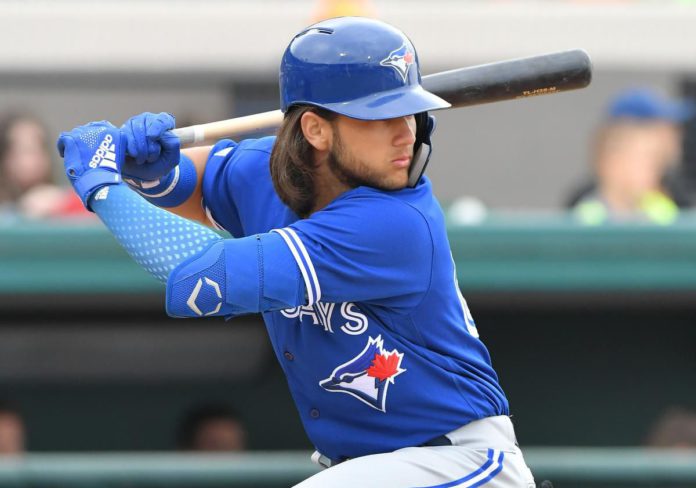 The MLB season is back and in full swing, let’s take a look at some of the best hitters and pitchers for tonight’s MLB slate!

German Marquez (1.6x) – The weather & game total today at Coors makes this a slightly better pitcher’s environment than usual, but Marquez (a quality pitcher – 27.3% whiff rate & .388 launch angle/exit velocity implied wOBA over the past two years) is priced according to the traditional hitter-friendly Coors environment.

Freddy Peralta (2x) – Peralta is an extremely high volatility pitcher, making him well-suited for tournament consideration, but a suboptimal pitcher for cash purposes. He’s got big time swing-and-miss stuff, allowing hitters to put the ball in play on only 29% of swings (compared to 30%+ rates for lower-multiplier options like Giolito, Darvish, and Marquez). The issue with Peralta is that he is susceptible to powerful contact, allowing 9.2% barrel rate for batted balls (compared to a 7.4% or lower rate for the aforementioned alternatives). High risk/high reward with Peralta tonight.

Josh Rojas (2x) – Rojas was the primary piece in the Zack Grienke deal a couple years ago, and while he has gotten off to a slow start this year he is projected to be a plus hitter. At 2x, batting leadoff in Coors field there is still a ton of projectable value even given his slow start.

NOTE: Since publishing, Arizona has announced a starting lineup that doesn’t feature Josh Rojas at all & has Pavin Smith batting leadoff. Much of the math that supported Rojas as a strong play supports now leadoff-hitter Pavin Smith as a strong play, as reflected in the top projected players table below.

Bo Bichette (1.6x) – Bichette is simply given too high of a multiplier for his talent. Compared to his teammate Vlad Guerrero Jr. (who is batting 2 spots below Bichette and has a 0.25x lower multiplier than Bichette), Bo is -8% in-play contact rate, but +1.7% barrel rate & +.047 implied wOBA.