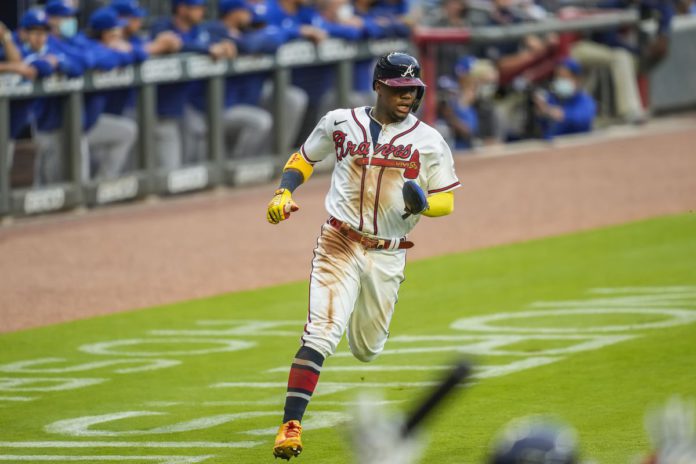 We got a solid NL East single game champion mode slate featuring the Braves and Mets! To cash in tonight, there are a few things you will need to consider. One of them being whether you should draft Braves SuperStar Ronald Acuna.

What to do with Acuna

At 1x, Acuna is in a multiplier tier of his own, the next lowest player is Freddie Freeman at 1.5x, half the projected player pool is 2x Acuna’s base multiplier. Acuna has to do so much in order to pay off his multiplier, it just feels that the odds of him outperforming the entire field by the necessary margin for him to work out are slim to none. He could make sense as a UTIL player, and could very well be a part of the optimal lineup in that slot. To be optimal at Champion, Acuna has to go nuclear (probably multiple HRs), or everyone else has to fail. If everyone else fails that means that the starting pitchers likely succeed (or Fried succeeds, Walker could get lit up by Acuna alone). In short, Baseball is such a correlative game that if Acuna has a monster game, it means that there are likely going to be others that benefit from his big performance. The routes to Acuna & Acuna only smashing are thin to none.

Picking a Side, Not Pitchers

Sometimes lineup construction (especially for tournaments) comes down to picking a side instead of players. For tournaments, a good rule is to not overexpose your rostered pitchers to too many players on the opposition. As such, pitcher exposure can be as much a function of your trust (or distrust) in a pitcher as it is a function of your optimism around the lineup they face. The nice part about tonight’s slate is that pitcher & hitter value are lining up in the same direction. Although his ERA is worse, Max Fried is looking like the stronger pitcher option, his long form (with regards to whiff rate, xwOBA allowed, and walk rate) is much better than that of Walker, and New York poses a much better matchup than Atlanta (higher whiff rates, lower implied wOBA). The pricing also works out where there is simply more value on the Atlanta side for pitchers & hitters, so it makes sense to probably go Fried + an onslaught of ATL hitters. As such, the Mets side is likely to go under-owned. One middling approach (which could still be decent leverage against ATL-heavy ownership) could be to take only hitters – assume that Fried struggles, but you still get exposure to Atlanta bats, or take both pitchers – giving you leverage against lineups high on ATL bats, which would succeed if both pitchers limit the amount of points afforded hitters from either side.