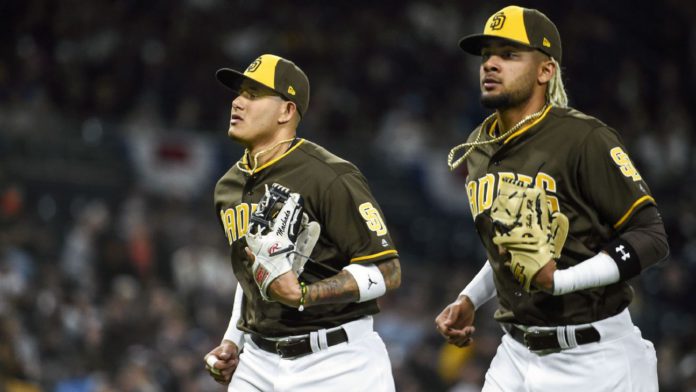 It is all about the west coast tonight in MLB SuperDraft Contests! We have the Mariners players you need to start, the Dodgers stud to start, and the Padres star who will disappoint. Without further ado, lets get into the top MLB picks and projections!

Yusei Kikuchi (2x) – Kikuchi’s whiff numbers have been up a good bit this year. In 2021, he has registered a 27.3% whiff rate (above average for slate) compared to a 22.1% whiff rate over the last two years (including this current 2021 season). He’s far from a lock down pitcher, as evidenced by the 2x multiplier. But he’s shown good swing & miss stuff this year and draws a matchup against a projected Detroit lineup that has the lowest average contact rate on the slate & the 4th lowest average walk rate on the slate. So expect these Detroit hitters to be taking hacks at and hopefully missing lots of Kikuchi pitches.

Walker Buehler (1.3x) – Buehler is a quality pitcher, he works deep into games, has above average swing-and-miss stuff, and the contact he allows is below average. He’s also got exceptional command, his 2-year & season walk rate of 4.5% and 1.3% (!!!) are lowest on the slate. The xwOBA & contact rate metrics for the projected Arizona lineup suggest a good not great matchup. Given how potent LA’s offense is, Buehler has good win equity.

Mariners Stacks (Jarred Kelenic 1.75x, Kyle Lewis 1.75x, Mitch Haniger 1.35x) – It’s a strong matchup for Seattle hitters – Casey Mize has a below average 2-year whiff rate of 20%, so he’s not missing many bats, and his 2-year xwOBA allowed is the second highest on the slate. Kelenic’s numbers are a bit underwhelming but the underlying statcast metrics would suggest that he is crushing the ball. His 33% barrel rate is 12% higher than that of Shoehei Ohtani (over past two years), his .639 xwOBA is 6 points higher than that of Aaron Judge (over past two years). Not sure how sustainable these metrics are for Kelenic, but so far he is hitting the cover off the ball, it just isn’t showing up in his stats like batting average. Kyle Lewis & Mitch Haniger are no slouches either, their .443 & .445 two-year xwOBA are in the 18th & 16th percentile among hitters projected to start tonight. These guys can absolutely mash, there is some swing-and-miss concerns, but watch out if they run into a few Mize pitches.

San Diego Stacks (Manny Machado 1.2x & Tommy Pham 1.4x) – San Diego doesn’t present a ton of great stacking options with guys like Hosmer & Tatis out. A lot of times you will want to stack through lineup cores, and Machado & Pham offer relatively low value. Machado in particularly, who has an expensive 1.2x multiplier has a 32nd percentile xwOBA (which is good not great) and a 67th percentile contact rate (which is bad not terrible). It all just adds up to a guy who is not worth strong roster consideration at 1.2x. Pham, who is a little higher multiplier, has a decent 41st percentile contact rate, and a below average 55th percentile xwOBA. There are some San Diego hitters that you could use as one-offs (Grisham, Cronenworth project most favorably), but in general there doesn’t appear to be a ton of value amongst SD bats.