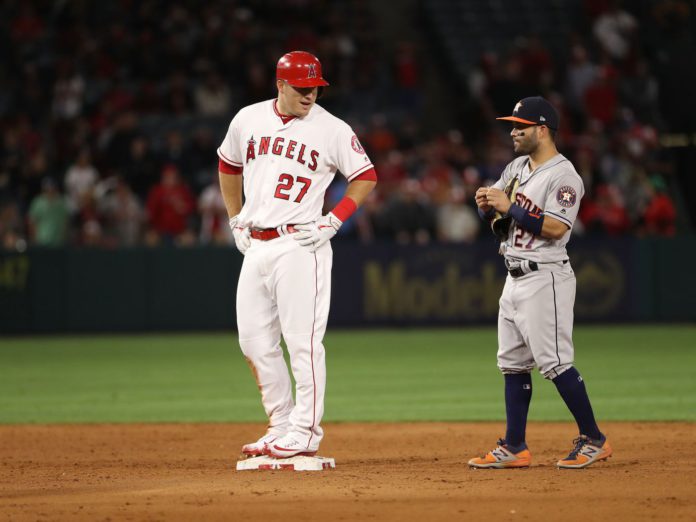 Unlike NBA, MLB is extremely high-variance. The best hitters in the world can go 0-4, the best pitchers can get scuffed up for negative points. For example, Aaron Nola (one of the better pitchers in baseball right now) had negative points for much of his outing on 5/9/21 as he gave up 5 earned runs four innings. In basketball, Russell Westbrook never puts up zero fantasy points, Patrick Mahomes never scores a negative total. With this in mind, particularly for single-game purposes, avoiding duplication is so important. The optimal lineup, while perhaps beating e.g. the fifth most optimal lineup by a healthy margin in terms of projection, probably only beats that fifth best lineup 50-65% of the time. It is best to think about DFS in terms of expected value, not just probability or reward of probability in isolation. Take the following example:

Hopefully with this simple exercise you can see how taking on lesser lineups from a projection standpoint (note that a 25% decrease in projection is a significant decrease) that have less likelihood of duplication can lead to greater expected value, even if the probability of winning is distinctly lower.

Ok, enough theory, let’s get to some picks for tonight.

Jose Altuve (1.75x) + Michael Brantley (1.5x) – Expected to bat first & second for the Astros, Altuve & Brantley feel like their multipliers are simply too low. Altuve in particular is priced closer to Martin Maldonado than he is to Shohei Ohtani & Mike Trout. That just doesn’t check out. Brantley & Altuve don’t have exceptional power, but they make contact at high rates, and they pack enough pop to generate the multi-hit, multi-run, multi-RBI type of night you’re looking for in tournament winning lineup pieces.

Neither of these pitchers work particularly deep into games, Luis Garcia has been moderately effective, Jose Suarez hasn’t pitched in awhile and hasn’t been too sharp in his more recent stints. With this in mind (and with both teams possessing quality bats), a full fade of pitchers could be a viable lineup construction.