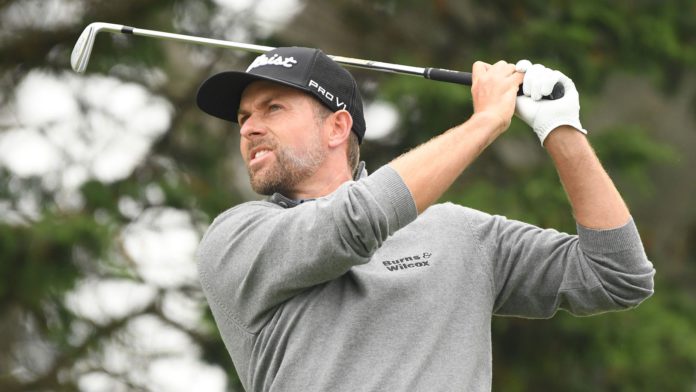 After no majors for over a year, The PGA major championship stage returned with a bang this past week. In only his 2nd major ever, Collin Morikawa secured the victory at TPC Harding Park with a brilliant -6 final round which gave him the two-stroke edge over Dustin Johnson and Paul Casey. It was a very different story for the best major golfer in the last five years, Brooks Koepka. Koepka was in the mix all tournament until a catastrophic final round that dropped him to 29th place after starting the round in 3rd. Koepka will try to shake this one off as he and the rest of the PGA Tour head back east for the Wyndham Championship in North Carolina.

Simpson and Tommy Fleetwood are the only golfer’s in the draft group this week carrying a 1X multiplier so you would think selecting one of these guys would not be a smart idea. However, Simpson has been so incredible at the Wyndham Championship in his career it feels impossible for him to NOT be right in the mix this week. In the last three years, he has finished 2nd, 2nd and 3rd. He had a hiccup in 2016 finishing in 72nd but the six years before that, he finished 6th, 5th, 11th, 22nd, 1st and 8th. It is no secret how comfortable Simpson is playing at the Sedgefield Country Club.

The road has been a bit bumpy recently for Simpson as he’s missed the cut twice and finished in 61st in three of his last seven tournaments. However, he has placed in 1st, 8th, 12th and 37th in the others. Before this stretch, he made the cut in 17 straight tournaments with seven top-five finishes. Given his impeccable history at the Wyndham Championship and the fact he does not have bad tournaments often, Simpson should provide great fantasy value even at 1X.

When it comes to great value plays this week, look no further than Si Woo Kim. From last October to the middle of this June, Kim’s performance was as bad as it gets for any golfer. He played in 10 tournaments and he missed the cut in a whopping NINE of them and finished in 37th in the other. You are probably thinking why should a guy with this on his resume ever be considered? Well, the tide has completely turned for Kim in his last seven tournaments. In that time period, he finished 11th, 57th, 64th, 18th, 46th, 41st and 13th this past week at the PGA Championship.

In those seven tournaments, he averaged 73.4 fantasy points per event and when you include his juicy 1.45X multiplier, he averaged 106.43 fantasy points per event. Kim hasn’t had a top-five finish since August of last year… but guess what tournament that was at? The Wyndham Championship! In addition to that, he also won this tournament back in 2016. With the type of golf he is playing right now, he feels like a borderline lock for me with the 1.45X multiplier he has.

Harris English has quietly been one of the more steady golfers on the tour recently. Aside from missing the cut in the Charles Schwab Challenge, English has finished 16th, 17th, 9th, 17th, 13th, 18th, and 19th this past weekend in his last seven tournaments. In this time period, he averaged 73.71 fantasy points per tournament. When you factor in his 1.15X multiplier, the average goes up to 84.76 fantasy points per tournament.

His history at the Wyndham Championship has been a little bit uneven. In the last six years, he has finished 39th, 11th, 50th, 46th, 31st, and 10th. However, given his recent consistency of finishing in the 10’s, I feel comfortable thinking he will be around there again this week and provide solid value at 1.15X.

Before the PGA Championship, Casey’s stock had dropped a bit. He was coming off missing the cut at the Memorial tournament and 3M Open while also finishing in 67th at the WGC FedEx St Jude Invitational. Casey made a huge comeback this past week finishing in 2nd at the PGA Championship tied with Dustin Johnson. While this is not a type of performance to expect going forward, it is closer to who he is than the guy who missed two cuts in a row. Prior to those two cuts, he had made the cut in 10 straight tournaments. This is more of what to expect from the 19th ranked player in the world.

Even more encouraging is the history he has at Sedgefield Country Club. In his last three tournaments there, he has finished 13th, 3rd, and 18th. Combining this success with the inevitable confidence boost from finishing 2nd in a major, it feels like a safe bet that Casey will be in the mix on Sunday. Given the fact he also has a 1.1X multiplier, he would be a solid play for your lineup this week.