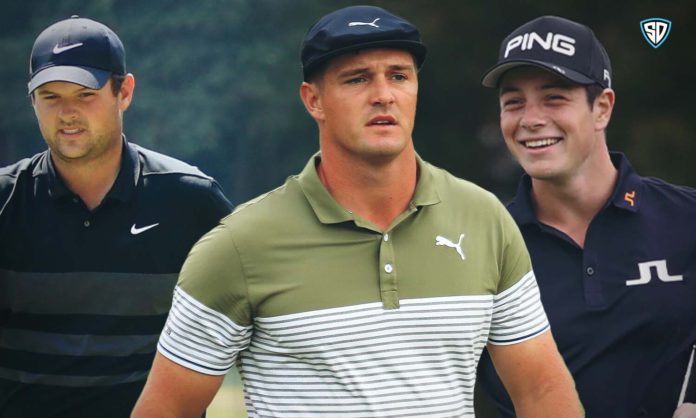 For only the 2nd time ever, The PGA tour will be stopping at the Detroit Golf Club in Michigan for the 2nd rendition of the Rocket Mortgage Classic. Even though the tour went on a hiatus due to Covid-19, this tournament’s field is still as underwhelming as it was last year. Bryson DeChambeau, Patrick Reed, and Webb Simpson are the only players ranked in the top 10 that will be playing in this tournament after almost every top 10 golfer participated in the last couple. With the field weakened for this week, who should you expect to bring top value?

DeChambeau continues to be the hottest player in the world right now. Last week at the Travelers Championship, he finished 6th at -15 with 99 fantasy points. He is currently the overwhelming favorite to win this tournament at +650 and for very good reason. In his last six tournaments dating back to the Genesis Open in February, he has finished 5th, 2nd, 4th, 3rd, 8th, and 6th. In those six tournaments, he averaged 91.5 fantasy points per event. He performed at the level Rory Mcilroy was playing before the pandemic suspension.

When you got someone rolling as well as Dechambeau right now, you have to take him even at the multiplier of 1X. What makes this an even bigger no-brainer is the field he is facing. He has still been able to perform at a high level despite facing the best golfers in the world. With this tournament being his weakest competition he has seen, you gotta lock him in again this week.

Another player who will be looking to take advantage of the weaker field is Tyrrell Hatton. Hatton has quietly been one of the best golfers in the world since September of 2019. In his last 10 tournaments, he has finished in the top 15 eight times. The first five tournaments in this stretch he finished 15th, 18th, 6th, 14th, and 14th. In the last five, he finished 1st, 46th, 6th, 1st, and 3rd.

There was some concern with Hatton that he would be rusty off the long layoff at the RBC Heritage. He was obviously far from that as he finished 3rd at -20 with 108 fantasy points. In his last three tournaments, he averaged 92.66 fantasy points per event. When you factor in the multiplier of 1.15X, his average goes up to 106.56 fantasy points per event. When you have someone as consistent as Hatton who is also placing very high in recent tournaments, he has fantastic value at 1.15X.

The 22-year-old Hovland had a lot of buzz surrounding him coming into the 2020 PGA season. While he did snag a win at the Puerto Rico Open in February, he had an otherwise rocky start to 2020. In his first five tournaments, before play was suspended, he missed the cut twice and finished 23rd, 38th, and 42nd. However, he has come back a better player in June after the suspension in play. He finished 23rd at the Charles Schwab Challenge, 21st at the RBC Heritage and 11th this past week at the Travelers Championship. In the last three tournaments, he averaged 83.66 fantasy points per event. When you include his 1.25X multiplier, that average goes up to 104.58 fantasy points per event.

I believe that this is the Viktor Hovland that we should expect to see going forward with the hype surrounding him a few months back. Another positive sign is he played in the Rocket Mortgage classic last year and finished 13th. At 1.25X, Hovland is a great bet to make with many of the top golfers not playing this week.