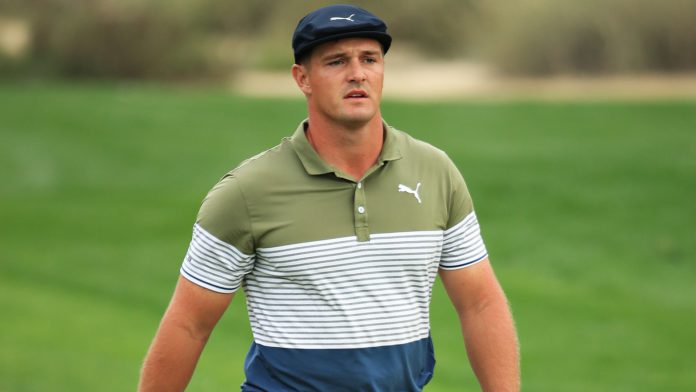 The PGA tour stays in Florida for the biggest tournament so far this year: The Players Championship. It is arguably the biggest non-major tournament as the purse for this year is $15 million with $2.7 million going to the winner. Aside from Tiger Woods, every other big-name golfer will be playing this week. This tournament takes place at TPC Sawgrass as it has since 1982. With the major season upon us, this is the first taste of it we will get here in 2020. Here are some players you should strongly consider for your lineups this week:

Enter our PGA Long Drive Contest that has $12,500 in cash prizes!

It is virtually impossible to not have Rory in your lineup for this week or any tournaments in the near future. He is by far the best golfer in the world and Jon Rahm who is 2nd is not that close to him. After finishing 5th this past week in the Arnold Palmer Invitational, he has now finished in the top five in the last eight tournaments. In addition to that, he has finished in the top 10 in 13 of the last 15 tournaments he has played in.

Not only is he red-hot, but he is also the defending champion of The Players Championship. In the six years prior, he was cut, 35th, 12th, 8th, 6th and 8th. While it is a bit concerning that in 2018 he didn’t make the cut, I feel very confident that will not happen with the way he is playing right now. Continue to have Rory in your lineup until he fails you. That proposition does not look like it will happen anytime soon.

Rahm is not on the same level as Rory, but he has been as consistent as any golfer in the world in the past year. He has a very steady start to 2020 as he has finished in 10th, 2nd, 9th, 17th and 3rd in the five tournaments he’s partaken in. That 17th finish is the worst finish he has had since the Alfred Dunhill Links Championship in September. Before that performance, he had finished in the top 12 in the last nine tournaments. He is not a dominant force of nature like Rory, but he is a guy you can feel very safe inserting into your lineup at 1X.

Rahm has only played in The Player Championship three times. In 2017, he finished 72nd, in 2018 he finished 53rd and last year he finished 12th. In those first two years, Rahm wasn’t the player he is now. I feel very confident that Rahm will continue this trend of getting better at this tournament every year and finishing at least in the top 10.

Dechambeau had a rough opening tournament in 2020, as he missed the cut in the Abu Dhabi Golf Championship. He has bounced back in a big way since then as he finished 8th, 52nd, 5th, 2nd and 4th in his next four tournaments. That 4th-place finish came this past week at the Arnold Palmer Invitational. The way he is playing right now has made him worthy of his ranking as the 13th best golfer in the world. This recent play has also earned him the 4th-best odds to win the tournament at +2000.

Like Rahm, Dechambeau has gotten better in the times he has played in The Players Championship. In 2018, he finished 37th and went up to 20th last year. Last year, he finished 46th in the Arnold Palmer invitational, 56th in the WGC Mexico Championship and 15th at the Genesis Open. This year he came in 4th, 2nd and 5th in those respective tournaments. With the way he is playing now, it definitely feels like he is going to continue to the roll he is on this week.

The 7th-ranked player in the world has not been too active in 2020. He finished 3rd in the Sony Open, 1st in the Waste Management open and 61st in the WGC Mexico Championship. Two fantastic outings along with one poor outing. You should not worry too much about this 61st place finish as the WGC Mexico Championship has been a place where Simpson often struggles. While he did finish 7th there in 2015, the other years he finished 20th, 35th, 47th, 37th and 39th.

Simpson has fared far better in the Players Championship as he finished 16th in 2017, 1st in 2018 and 16th last year. Given his two other excellent performances this year, he feels like a very good bet to finish near the top. In the two tournaments he did well in, he averaged 96.5 fantasy points per tournament. When you factor in his multiplier of 1.1X, his average goes up to 106.2 fantasy points per tournament. With this multiplier, Simpson has a chance to be a home run pick for you this week.

Joel Dahmen may not be a household name, but he has played like it to start in 2020. In 2019, he missed the cut 10 times, finished in the top 10 four times and finished in the top five once. In his last two tournaments, one being the Arnold Palmer Invitational and the other being the Genesis Open, he finished 5th in both. He has also finished 12th at the Sony Open, 55th at the Farmers Insurance Open and 14th at Pebble Beach. This the best stretch of golf he has played since 2018.

In the two tournaments where he finished in the top five, he averaged 79 fantasy points per tournament. If you factor in his multiplier of 1.3X, his average goes up to 102.7 fantasy points per tournament. What is even more promising for Dahmen, is that he finished 12th last year in his only appearance in The Players Championship. Given his multiplier, Dahmen has a chance to be a steal for many SuperDraft players this week.