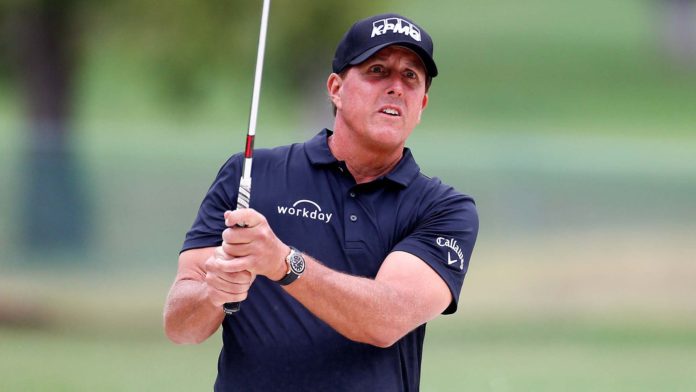 After two straight tournaments in Hawaii, the PGA tour travels back across the Pacific Ocean for the 2020 American Express located in Southern California. The tournament is formerly known as the Desert Classic and is played over three courses: The PGA West Nicklaus Course, The La Quinta Country Club, and the PGA West TPC Stadium Course. The first two courses will be played twice while the PGA West TPC Stadium Course will be played once. To allow all of the players to play on each course, there will be cuts after 54 holes instead of the standard two rounds. While it is not like the Sentry Tournament Of Champions where there were no cuts, this is still a tournament that does delay the cuts so players with higher multipliers become more valuable. Without further ado, let’s get into the best picks for this week.

Let’s start out with Phil who is the host of this tournament and one of the greatest of all time. Mickelson will be making his first tour appearance since November where he came in 28th in the WGC-HSBC Champions tournament. It was a rough 2019 for Phil as he was cut nine times and placed in the top 18 just three times. However, one of those times was this very tournament he will be playing in starting on Thursday.

Last year, he came in 2nd place in this tournament finishing one stroke off the lead at -25 behind the victor Adam Long. He has a long-standing successful history at this tournament. He missed the cut in 2018 but he has finished first twice (2002, 2004) 3rd once (2016), and was 5th in 2006 and 6th in 2003. He obviously is not the same player he was back then but he still has the ability to put up solid rounds. If he can continue to have success down in Southern California minus his 2018 appearance, he is an excellent bet to make at 1.4X.

Kisner has the 6th best odds to win the tournament at +2500 and has established himself as the 30th best player in the world. With a multiplier of 1.2X, he should be a borderline lock in your lineup come Thursday.

At the beginning of fall in 2019, there were not many players as bad as Todd. He started September at the Korn Ferry Tour Championship tied 67th. He then proceeded to miss the cuts in the next four tournaments. Things could not have been worse for him. Then in the last four tournaments to close out 2019, he did a complete 180. He finished 28th, 1st, 1st, and 4th to close out the year which placed him 58th in the world.

He has continued that momentum to start 2020 finishing 29th and 21st in the first two tournaments in Hawaii. As we mentioned before, participating in these two events gives the player a much better shot of winning this one. In his last five tournaments, Todd has averaged 83.8 fantasy points per tournament. If you factor in his multiplier of 1.55X, that brings him to an outrageous average of 129.89 points per tournament. While that amount of points is not something that should be expected, it still represents how positive a trend Todd has been on. With Todd at his multiplier, he should be another lock in your lineup.

Ancer is remembered for showing out in the Presidents Cup in December but he also ended the tour on a strong note. In these last three tournaments of the year, he finished 4th, 4th, and 8th. After bypassing the Sentry Tournament, he came in 38th in the Sony Open to tee-off his 2020. This nice run he has been on with the way he ended the season and then showing out in the Presidents Cup, he has a chance to provide some good value at 1.2X. The last time he played in this tournament he jumped into 18th place. Given his previous success at this tournament and the mini-run he has been on, he feels like a safe bet to land in the range of 80-95 fantasy points.