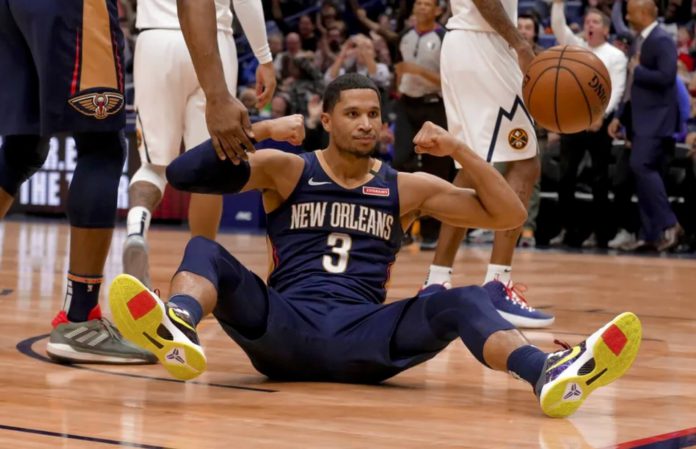 Even though it’s a smaller 5-game slate tonight on SuperDraft, we still wanted to get you our picks by by position to help you take over your contests and win some cash! Below the picks you’ll see our projections for the top 14 players in tonight’s action.

Josh Hart (1.7x) – With Brandon Ingram listed as doubtful for tonight, we expect Hart to slide into the starting lineup as New Orleans’ starting Small Forward. There figures to be a ton of minutes & usage up for grab in New Orleans with Ingram doubtful and Lonzo Ball & Zion already ruled out. Hart figures as the most likely candidate to seize the bulk of New Orleans’ offensive possessions.

Nickeil Walker-Alexander (1.7x) – If Hart is guard target 1A, NAW should be target 1B. For all the reasons that Hart makes for a strong play, they can be applied to Alexander-Walker. He has flashed strong upside in the absence of Lonzo Ball, and now ball-dominant forwards Ingram & Williamson are added to the injury list.

Gordon Hayward (1.45x) – With LaMelo Ball done for the season we’ve seen offensive priority shuffle between Hayward & Terry Rozier (and Devonte’ Graham & P.J. Washington to a lesser extent). This Hornets-Nets match-up has the highest total on the slate (a modest 220.0), Hayward is a likely candidate for the most minutes & opportunity on the Charlotte side.

Kawhi Leonard (1.2x) – With Paul George out and Marcus Morris questionable there should be a lot of opportunities for Kawhi to seize control of the LA offense. And of course we know of his defensive productivity as a shot blocker and steal candidate.

Ivica Zubac (1.6x) – With George out there is potential for some extra shot attempts to come Zubac’s way. His role as a scorer has been on the rise as he averaged 7.08 shot attempts in the month of March compared to only 4.61 attempts through the first 2+ months of the season.

Jakob Poeltl (1.65x) – Poeltl is regularly one of the premier tournament plays at the Center position. He has single-position eligibility, thus is regularly squeezed out by shinier players like Jokic, Vucevic, etc. And he is locked into a roughly 30-minute role, with non-zero offensive usage and a penchant for blocked shots.