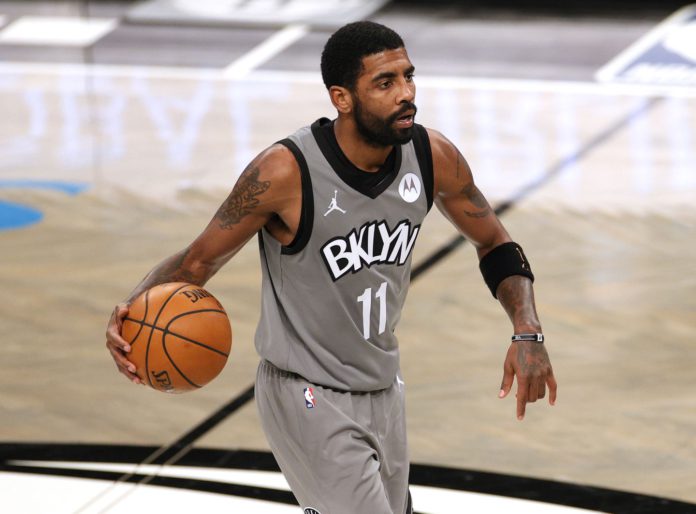 We got a loaded 8-game slate on SuperDraft tonight! Here we break down all of the best plays by position to put you in the best position to rake in some cash! Also, take a look at the projections for tonight’s slate at the bottom! We start out with one of the two stars the Brooklyn Nets have in their backcourt.

Kyrie Irving (1.25x) – It’s a revenge game for James Harden, but it is Kyrie with the healthy 1.25x multiplier. The game is the one of the higher totals on the slate, Vegas expects a good bit of scoring and as a primary ballhandler who can expect minutes & usage in the mid-30s, Irving figures to account for a healthy chuck of that fantasy production.

Anthony Edwards (1.35x) – Edwards’ production really began to take off when Malik Beasley began his serving his suspension. But the role that Edwards has retained since Beasley has been reinstated has been impressive. In the two past two games (in which Beasley has played), Edwards has played 34 & 35 minutes and taken 22 shots in both games.

OG Anunoby (1.65x) – Since returning from injury, Anunoby has been locked into a mid-30s minute role. The impressive part about OG’s recent form is his elevated usage, perhaps in response to the departure of Norman Powell & missed games by Kyle Lowry (who has been ruled out tonight). In the six games he’s played since returning from injury, Anunoby has taken no fewer than 12 shots in each game, and has held usage rates consistently north of 20% (compared to usage rates in the teens early in the year).

Isaiah Roby (1.75x) – Roby should get a ton of opportunity tonight on account of the mounting injuries on the Oklahoma City roster. Al Horford is no longer playing for OKC; Dort, Bazley, Muscala, and SGA continue to remain out, and now Alekej Pokusevski (who has taken on a large usage role) has been ruled out tonight. Simply put, OKC is thin on frontcourt bodies, expect big things from Roby at 1.75x.

Rudy Gobert (1.25x) – Gobert is always going to have high SuperDraft upside (3 points per block/steal), but add to that the absence of Donovan Mitchell (ruled out tonight), and you’ve got lots of opportunity for Gobert to pay off at 1.25x.

Jonas Valanciunas (1.35x) – Valanciunas is a perennial favorite of our projections at this multiplier level. His per-minute efficiency is excellent, mostly on account of his high-20s rebound rate. He does draw a tough matchup against Gobert tonight.