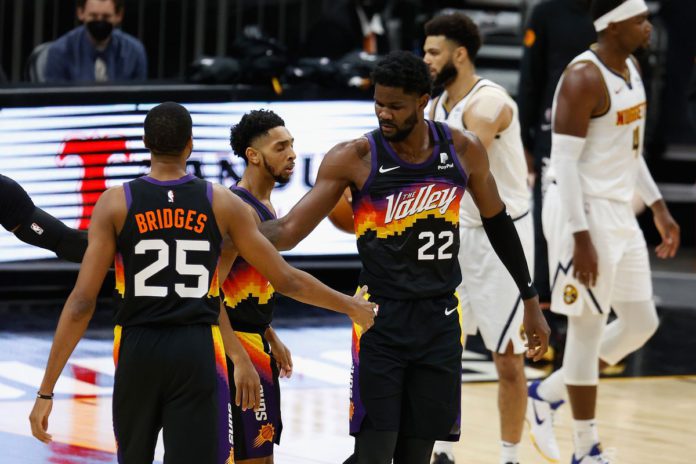 We’ve got a great evening of basketball ahead! Durant and the Brooklyn Nets look to take another victory from the 2-time MVP while Booker and the Suns look to continue their momentum into round 2. These are some star-studded matchups and our partners at Advanced Sports Analytics have your plays for the evening!

Devin Booker (1.25x) – Booker has monster upside at 1.25x. It is hard to project him for minutes in the mid-40s (!!!), but he certainly has that type of upside, he played 45+ minutes in 2 of 6 First Round games. Even if he doesn’t get the huge minutes (he is still locked into minutes in the high 30s), his per possession usage rate has been great, regularly in the low-to-mid 30s.

Jrue Holiday (1.25x) – Holiday has been great this postseason, he does a little bit of everything and typically has a favorable multiplier. He’s double-doubled in 3 of 5 2021 postseason games (2 via assists, 1 via rebounds, showing his versatility). In the other two games he’s come within 1 rebound or assist of reaching the double-double bonus. He is also a plus defender, averaging nearly 2 steals per game this postseason.

Giannis Antetokuonmpo, Kevin Durant (1x) – One a deeper slate, or a regular season slate in which more players might play, we’d look for ways to get away from overloading on min-multiplier players. But Forward has been thin all postseason, with only two games there simply aren’t better options than Giannis or KD. They are hyper-productive on the offensive end, add value defensively. Giannis offers a little more peripheral stat relief, KD’s three-point precision adds some extra value for him.

Nikola Jokic (1.05) – Similar to Giannis/KD, with the short slate there are few alternate options that could unseat the lone stud in Jokic. Jokic has found the next gear this postseason, topping 34 points in all but one First Round game. And of course he adds value as a rebounder, distributor, and three-point scorer.

Brook Lopez (1.6x) – There is a pretty big gap between Joker & Lopez, and there can only be one. Simply from an ownership standpoint, Lopez might be worth some consideration. He will not out-produce Jokic, but maybe Jokic is cold in Game 1 on the road & Lopez has a positive variance game (specifically with blocks and three-point shot attempts) and the 1.6x multiplier boosts his strong performance. Brooklyn/Milwaukee also has a significantly higher game total, should play at a significantly faster pace.