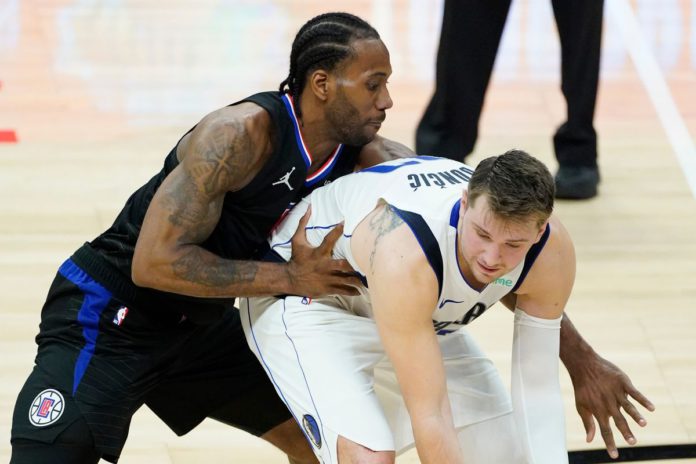 We’ve got a huge Game 6 tonight with the Mavs having the opportunity to close out Kawhi and the Clippers. We’re here to provide the best plays in this win or go home, single-game champion mode slate. Before making your picks, please read our EXCLUSIVE tips on how to play NBA Champion mode HERE.

After looking at our picks, Enter our $15 multi-entry NBA Jump Shot contest with $5,000 in prizes!

The 1x multiplier doesn’t do enough to discount Luka’s monster performances against the rest of the field. He’s taking in the mid to high 20’s for FGA per game, coming off 37 attempts in Game 5. He’s been an absolute monster filling the stat sheet with boards and assists as well. With a Game 5 line of 42 points, 8 rebounds, and 13 assists, he is practically impossible to fade in tonight’s matchup. Expect him to look to replicate his Game 5 performance in a close-out game for the Mavs at home tonight.

It’s an interesting spot here for two of the Mavs key players. Hardaway Jr. had an incredibly strong Game 1 and 2 but struggled from the field in Games 3 and 4 allowing the Clippers to even the series. Hardaway was instrumental in Game 5 despite going 6 of 19 from the field, he saw 45 minutes and filled up the stat sheet on the boards. Boban’s an interesting play tonight after playing 15 minutes in Game 4 and a pivotal 20 minutes with the start in the Game 5 bounce-back win he sets up for at least 20 minutes and potentially an increased role. With a 2.8x multiplier and 9 points and 8 boards in Game 5, he can be a slate winner with a big performance.

Brunson has all but lost his role in the past few games. Similar to other guards like Elfrid Payton and Pat Beverly who have watched their roles decline, it is too dangerous to start them and end up with a line-up killer. Brunson has seen his minutes decline from low 20s to 10 minutes in game 5 and putting up just 2 points and an empty box score. Be sure to look elsewhere tonight while building your lineups.