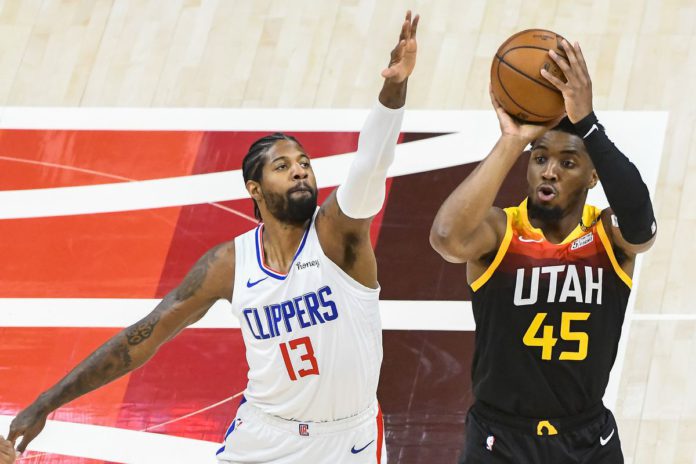 We’ve got a huge Game 6 tonight with the Utah Jazz and the LA Clippers. We know LA is hurting without the on-court presence of Kawhi. It’s going to take a team effort to pull it out over the Utah Jazz, who finished the season with the best record in the NBA. Let’s dive in on the numbers from our partners at Advanced Sports Analytics to see what they think about tonights plays and fades.

Terance Mann (2.5x // 3.75x) – Mann has the highest multiplier among the 10 projected starters in the Jazz – Clippers game tonight. With a usage % of close to 20 and an expectation of 25 – 30 minutes played based on Advanced Sports Analytics projections, Mann should continue to produce as he did in Game 5. NBA teams have been maintaining a very tight 8 – 9 man rotation of players with the starters getting the lion’s share of the minutes. When Mann was thrusted into the starter’s role during the 2020 – 2021 regular season, he did not disappoint. In the 10 games Mann started this past regular season, he reached double digits in scoring 7 times and had per game averages of 30 minutes, 5 rebounds, 2 assists, and a combined total of 1 blocked shot/steal. With his high multiplier, we are looking at a 50 – 55 fantasy point night.

Mike Conley (1.35x // 2.05x) –  It seems that Conley will finally make his debut in this series (he still has a questionable tag at the time of this writing). All you have to do is observe how Harden has fared in his return for Brooklyn with the same type of injury (hamstring) as evidence for fading Conley. Hamstring injuries are very difficult to return from if not given the proper time for recovery. The accelerated pace of the NBA regular season did not do these NBA players any favors from a conditioning standpoint. Stick with the healthy guys for tonight.