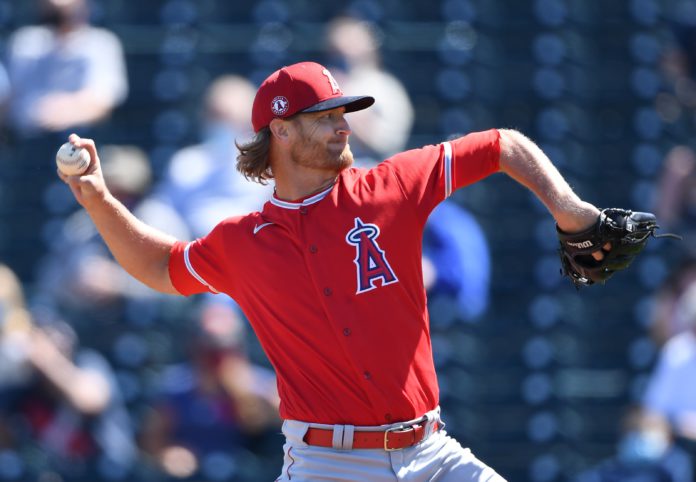 We have a MASSIVE 15-game MLB slate today on SuperDraft. There are so many options available where it may be hard to figure out where to start when building your lineup. No fear though, our friends at Advanced Sports Analytics are here to help!

Editors note: Projecting hitters over the course of the day can be a volatile undertaking. Starting lineups & batting orders aren’t typically announced until 90+ minutes before first pitch, and actual lineups can be very different from what is expected hours before game time. Batting order can have a major impact on projectability, so top plays (particularly hitters) which are highlighted in the afternoon can become weaker plays closer to lock if lineups, weather, or pitching matchups change over the course of the day. When in doubt, refer to the top projections table at the bottom of this article which will be updated periodically as projections change.

Alex Cobb (2x) – Cobb poses a lot of value tonight with a 2x multiplier. After a rough outing last weekend, he’ll look to bounce back to top form against a weak Detroit Tigers line-up. The Tigers line-up has the worst contact rate in the league and with Cobb’s 27.8% whiff rate this season well above the 23.6% slate average, it sets up to be a favorable matchup. Cobb’s barrel rate allowed this season has been incredibly impressive as well, his 2.9% is well below the slate average of 7.8%. Vegas gives a strong lean to the Angels tonight with Cobb on the hill and he’s seen 8 strikeouts in 2 of his last 5 starts, look for this form tonight with Cobb on the 2X multiplier he can be a slate winner.

Yusei Kikuchi (2x) – Yusei has had a wide range of performances this season, he’s coming off of a solid 7 inning outing with no runs, and only 3 hits. Similar to Cobb, Kikuchi has a well above average 28% whiff rate and it’s shown with a few double-digit strikeout games and averaging over 5 a game consistently. The game tonight is projected to be really close, but Kikuchi is worth the risk of not getting the win with the 2x multiplier value.

The Brewers have a strong match-up again tonight after a disappointing performance in our projections last night. We’re not ready to give up on them yet though, as they face Antonio Senzatela with a 2-7 record and a 4.86 ERA on the season. Senzatela has been struggling to make people miss with a whiff rate of 17.5% well below the slate average of 23.6%. The Brewers are heavy favorites tonight and Vegas is expecting a lot of runs with this game as one of the highest run totals on the slate tonight. As mentioned last night, this stack is centered around Milwaukee’s 1, 2, and 4 hitters who have struggled a bit batting average wise have made up for it drawing walks at a high clip and hitting for power. Avisail Garcia is leading the Brewers, and as alluded to we expect him to revert to his mean with a solid performance tonight. Urias has been raking lately and coming off a strong night as well. Look for the Brewers to have a big game tonight and get the series tied up going into the weekend.

Arizona Stacks (Eduardo Escobar 1.1x, & Carson Kelly 1.4x) – Arizona has a brutal matchup tonight going against one of the best pitchers in the MLB, Trevor Bauer. Bauer’s got almost a 29% whiff rate compared to the slate average of 23.6% and the Diamondbacks lineup has an estimated WBOA around 2% below the slate average. The 3 and 4 hitters should be the strength of the lineup but the 20-50 Diamondbacks have been having an abysmal season in every facet of the game. Stay away from these guys and look for value elsewhere on the slate.