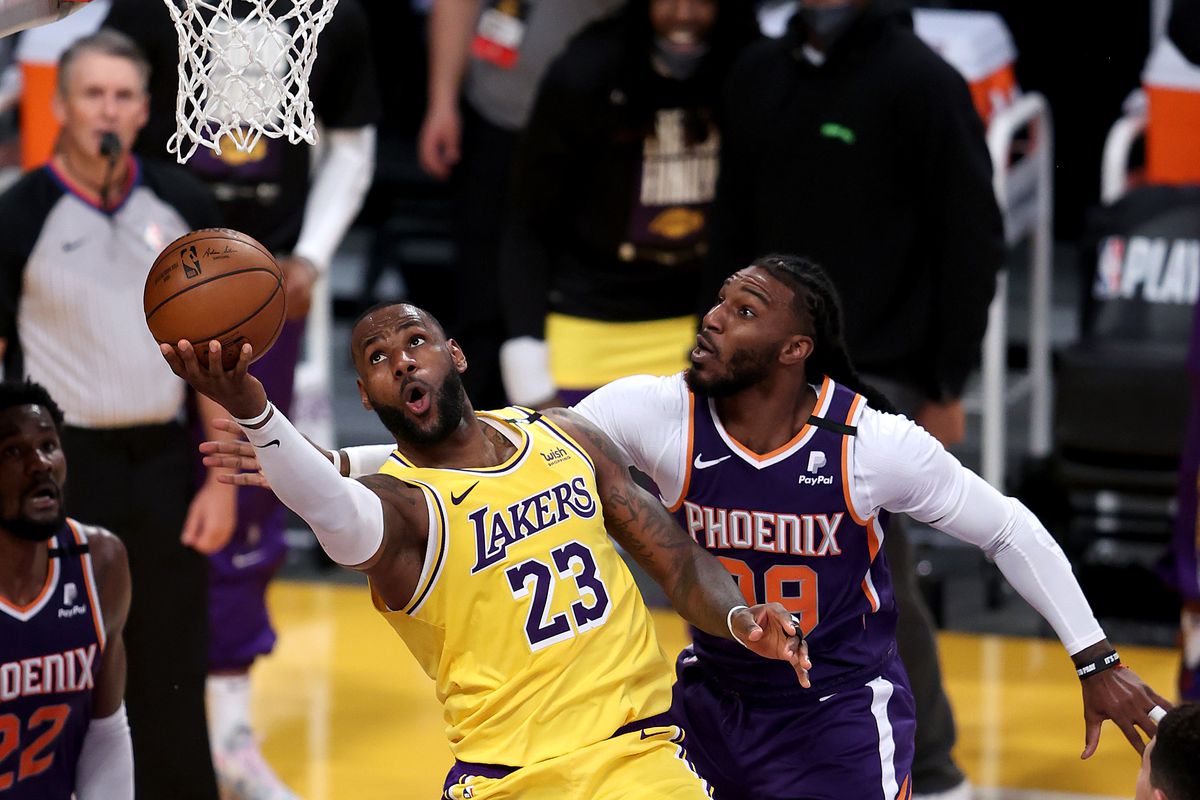 We’ve got a huge Game 6 tonight with the Suns having the opportunity to close out Lebron and the Lakers in LA. We are here to provide the best plays in this single game champion mode slate. Before making your picks, please read the editors note on Anthony Davis and make sure to read our EXCLUSIVE tips on how to play NBA Champion mode HERE.

Editor’s Note: We’re still waiting on the injury status of Anthony Davis, which will have a drastic impact on the nature of this slate. As of the time of initial publication, Anthony Davis is assumed to be active. Refer to the projections table for up-to-date projections conditional on injury assumptions.

DeAndre Ayton (1.6x // 2.4x) – Ayton has been awesome through 5 games, a double-double in each of the first 4 games, he let down in Game 5 as Phoenix cruised to a 30-point win. Ayton’s calling card through 5 games has been his double-double equity, but the peripherals would suggest that there is still some meat on the bone for him as a shot blocker. Through 5 games his 1.9% block rate has been well below his season average rate of 3.2%. If he could pick up an extra block, along with a big double-double, Ayton could be the slate-breaker.

Mikal Bridges (2.15x // 3.25x), Jae Crowder (2.25x // 3.4x) – It’s more or less a toss-up between these two, they are actually quite similar in fantasy profile as well. Both project to play minutes in the low-to-mid 30s, both are tertiary offensive options (but project to have some non-zero offensive role), both are productive in peripheral stats (particularly on the defensive end). Picking between the two might just come down to who can get positive variance with regards to offensive opportunity, defensive stats, or you could roster both in favor of weaker low-multiplier options.

Kyle Kuzma (1.95x // 2.95x) – His general role feels very capped this series, even with Davis out for Game 5 & part of Game 4 Kuzma only saw 23 & 25 minutes. He takes a lot of shots while on the floor but has been an extremely inefficient scorer. And he doesn’t add much value with peripheral stats. At 1.95x there are better options on both the Los Angeles & Phoenix side, at multipliers both higher & lower than Kuzma’s.