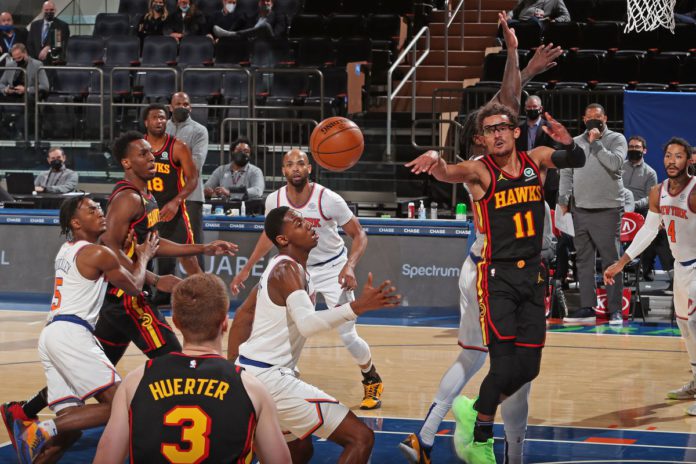 After two very competitive games in New York, the Hawks dominated Games 3 and 4 on their home floor. Which players should you lock into your single-game champion mode lineup for Game 5? Let’s break it down!

Julius Randle (1x // 1.5x) – Unlike last night where the distribution of players and their multipliers made it such that you were fitting at least one of (and recommended both of) the studs in Jokic & Lillard in lineups, this isn’t a slate where we have to jam in studs. There is some insane value towards the bottom of the player pool (Bogdanovic, Rose, Gibson, Barrett), so you could go with viable no-stud lineups. But if there were a stud to build around, we like Randle in a do-or-die bounce-back spot in front of the Garden faithful.

Bogdan Bogdanovic (2.4x // 3.6x) – Bogdan has been a mainstay in this section for the featured Hawks’ games. The multiplier is too good to pass on, Bogdanovic is averaging 3+ made three pointers per game (44%), 16 points, 6.5 rebounds, 3.5 assists, and nearly 2 stocks per game in the series. He is playing a ton, he’s doing a little bit of everything, he’s got one of the highest multipliers on the slate among players who are expected to play. Lock Bogdanovic into all your lineups at either Champion or Utility.

Lou Williams (1.95x // 2.95x) – We’re not dealing with LA Lou, this iteration of Williams is playing less than 15 minutes a game, while he is still pretty high-usage per possession he simply isn’t on the floor enough to take that many shots, and as usual he’s not offering much value in the peripheral categories such that he is a tough consideration at 1.95x.