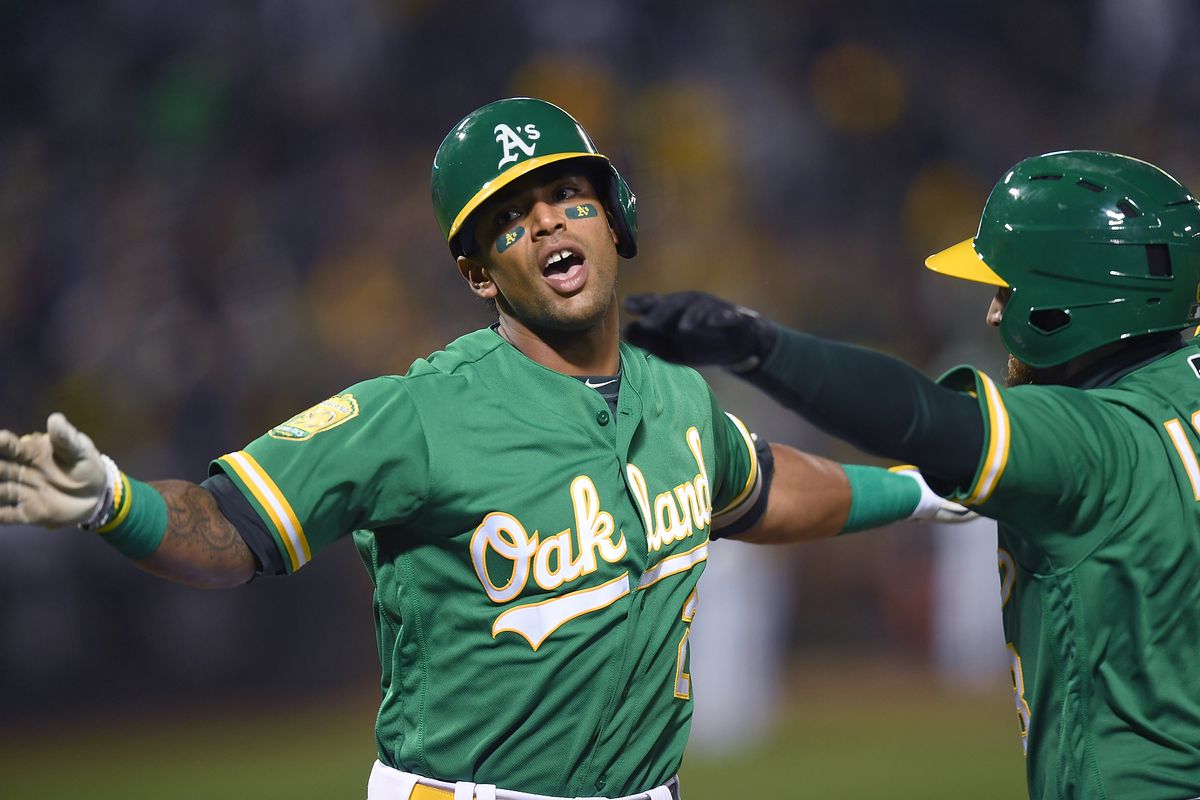 Baseball can be an unforgiving game and can humble even the brightest of stars. As spring training is around the corner, some guys in the league are eager to wash away last season and improve on strong second halves. Here are some players across the diamond that could be in line for a bounce-back year and could help your SuperDraft lineups in 2020.

As long as the front office remains focused on winning and does not trade any more pieces such as Francisco Lindor, Ramirez and the potent Indians’ lineup can build off of a strong second half of 2019 and take it into the new season.

Before last season, Khris Davis was a model of consistency while hitting more than 40 longballs and driving in over 100 runs in each of the previous three seasons. He also had a batting average of EXACTLY .247 for four consecutive seasons before last years’ average of .220 which was a career-low. Davis also posted career-lows in OBP, OPS and OPS+ by a substantial margin.

Davis’ down-year can be attributed largely in part to his struggles against right-handed pitching. In the three years before last, the Oakland favorite averaged 34 dingers against righties while only going deep 12 times against RHPs last season. Davis is a lock for a bounce-back year after only 23 total taters in 2019.

Folty had a masterful 2018 campaign where he posted 13 wins, an ERA of 2.85, a FIP of 3.37 and a WHIP of 1.082. He excelled at making batters swing and miss as he held a 9.9 K9. This is the level of play that the Braves organization expects out of him and I’m right there with them because his stuff is that good.

Injuries impeded the young pitcher last year only allowing him to throw 117 frames while winning eight games and posting an ERA north of 4.50 while giving up the most home runs in his career. However, Folty shook off some rust and amped things up in the second half posting a 6-1 record, a 2.65 ERA, a WHIP of 1.075 while cutting his HR allowed in half compared to the first part of the season. He displayed ace-like stuff in September and October going 4-1 with an ERA and WHIP of 1.50 and .700 respectfully.

With the Braves already scoring the third-most runs in the NL last year and adding Marcell Ozuna and having a full season of Austin Riley, this team will again be among the league leaders in runs. That means more production for Folty and a better chance to win games and get you that four-point bonus. If the Braves want to threepeat as NL East champs, Folty will have to return to his 2018 form.

Although Noah Syndergaard’s numbers have declined in each of his last three full seasons in the league, I believe last year’s performance was more of an aberration. Taking out 2017 where Thor only pitched 30 innings, his descent from 2016 to 2018 wasn’t too drastic having his ERA increase by .43, his FIP by .51 and his WHIP by .063. However, his decline from 2018 to 2019 was much bigger seeing a 1.25 increase in his ERA and his FIP increasing by .8.

He is quite simply not the pitcher that he was last year when he posted career worsts across the board and it’s hard not to see him come back from an atrocious season at Citi Field.

As a Cubs fan, we need this and we need to be nice to Yu. This isn’t a prediction out of bias, though, as Yu Darvish had a stellar end to 2019 and finally has a chance to become what the Cubs thought they were getting when they signed him in 2018.

Like Ramirez, Darvish struggled in the first three months of the season posting an ERA over 5.00 and a WHIP of 1.340 while striking out 111 batters and walking 49. This was tough for an aging veteran who had yet to live up to his six-year $126 million contract while Cubs’ fans alike were missing Jake Arrieta.

As I mentioned, Darvish’s second half of 2019 gave fans in the North Side a glimpse of hope when he posted an ERA of 2.76, a WHIP of .808 while striking out 118 batters and walking only seven. SuperDraft players should not expect a ton of wins from Darvish, but as long as he can minimize his walks he should have value most of the year.

NASCAR Pennzoil 400: The Driver Who MUST Be Your Champion On...