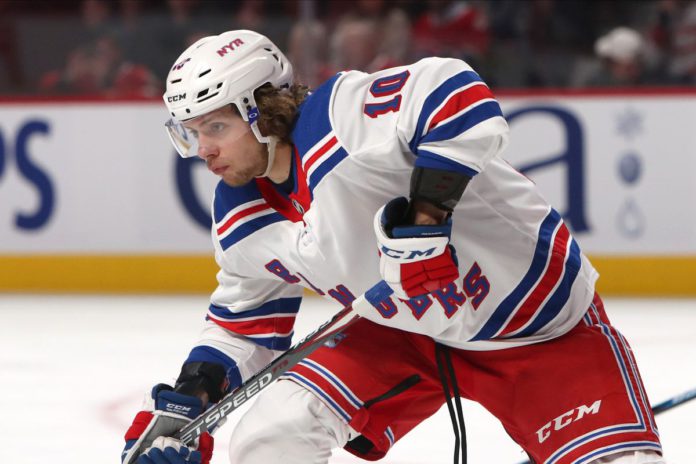 Despite only two games being on this slate, there are plenty of plays that could yield high rewards. We have studs, middle-of-the-pack guys, a 1.9X that has been hot, and perhaps the goalie play of the year at 2X. Let’s see what we have on tap for the night!

Not many guys in the NHL are hotter than Jonathan Toews. The veteran-center has been scorching over his last five games notching 12 points on four goals and eight helpers. Although he has been held pointless in his two matchups against the Jets this season, Toews has what it takes to correct that.

He may even have a better matchup due to the Jets’ netminder Connor Hellebuyck coming off a poor performance. Hellebuyck was replaced by Laurent Brossoit after giving up five goals on 12 shots. If Brossoit draws the start tonight, expect Toews to feast on a goalie with a record of 4-5-0, a GAA of 3.67 and a save percentage of .885 to boot.

Alexander Wennberg is as hot as a player can be that only has 20 points on the season. Taking a guy at 1.9X can be a risk but can also be the difference between you cashing or not. Wennberg is riding a four-game point streak with three goals and two helpers in that span.

He has had a knack for being on the ice at the right time and made use of his four shots on goal. He is by no means a lock to grab a point here given his lack of shots, but, we are looking at double-digit fantasy points if he were to add to his streak.

Artemi Panarin has been nothing short of sensational in his first season with the Rangers. Just this week Panarin tied his own career-high for points in a game when he scored twice and dished out three helpers against the Islanders.

He has been on a run in his last ten contests piling up 23 total points on six goals and 17 assists, putting him third in the NHL scoring race. He gets a little game narrative boost in this tilt as this is the second time he has played his old club. In his first matchup with Columbus, he found the back of the net and had five SOG giving him 7.25 fantasy points.

Panarin should shatter that total tonight as he looks for at least three points for the fourth time in the six games.

Prior to Dominik Kubalik’s goose egg in Chicago’s game on Wednesday, he had a steady point streak of six games where he tallied 10 points on seven goals and three assists. Three of those six were multi-point games and he averaged almost four SOG in that span. He got back on track last night by scoring twice on three SOG while adding an assist against Toronto.

We already mentioned Winnipeg’s recent struggles between the pipes and the possibility of Laurent Brossoit drawing the start. Roster Kubalik without hesitation tonight and have plenty of exposure to Blackhawk playmakers.

Although Adam Fox only has 26 points on the season, he has been more than serviceable in his last eight games totaling nine points (1 goal and 8 assists). Fox has had multi-point games in three of those games.

The extra juice on his multiplier coupled with the Blue Jackets’ rank against opposing defenseman (29th) puts him in a great spot tonight. He was also able to put up five fantasy points when these teams played in early December.

The Rangers have gone with a three-man goalie rotation and Igor Shesterkin will get the start tonight at home against the Blue Jackets. The young goaltender has won both of his first two starts in the league but draws a hot Columbus team that has won four straight while scoring 14 goals in the process. This might sound like a gamble but it is one I want to make given the Blue Jacket’s recent schedule.

They will be playing their second game in as many days, with this one being on the road. This will also be their fourth contest in the last six days and I expect them to be a little gassed coming into this one. Although young and inexperienced, Shesterkin has played well allowing six goals on a combined 81 shots in his short career.

This is a must-play as he has averaged 15 FPPG in his limited action. If he stays steady you are looking at a goalie scoring you upwards of 30 points tonight.