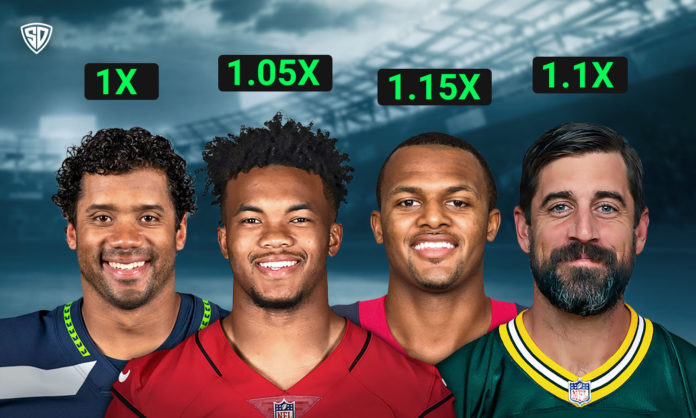 With just one quarterback slot in your lineup, it is essential to get great value out of that position in order to cash. This week there is a star quarterback who has had a great season but is very likely to be a big disappointment this week. He may appear to have good value but ultimately it is a trap that will potentially derail your lineup. Even though this quarterback has looked great the last two weeks, this week has the feel of a big decline.

On the surface of it, this may seem crazy given Watson’s recent performances. He put up 33.36 fantasy points in the win over the Patriots and then 33.12 fantasy points in the Thanksgiving win over the Lions. However, circumstances have changed in the last couple of days as news broke that Will Fuller will be suspended six games for violating the NFL’s substance-abuse policy. This is a huge loss for Watson and the Texans as Fuller had 53 catches for 879 yards and eight touchdowns in 11 games.

Those stats all lead the team and Fuller’s eight touchdowns account for one-third of Watson’s passing touchdowns on the season. What is also concerning is the Texans just released Kenny Stills and Randall Cobb is on injured reserve. This leaves Brandin Cooks and Keke Coutee as the top receivers for the Texans in their matchup against the Colts. Despite getting lit up by the Titans last week, the Colts still possess one of the best defenses in the NFL. They have given up the third-fewest fantasy points to opposing quarterbacks and the fifth-fewest yards allowed per game. With the Texans short-handed, this game does not feel like one where Watson will provide much value.