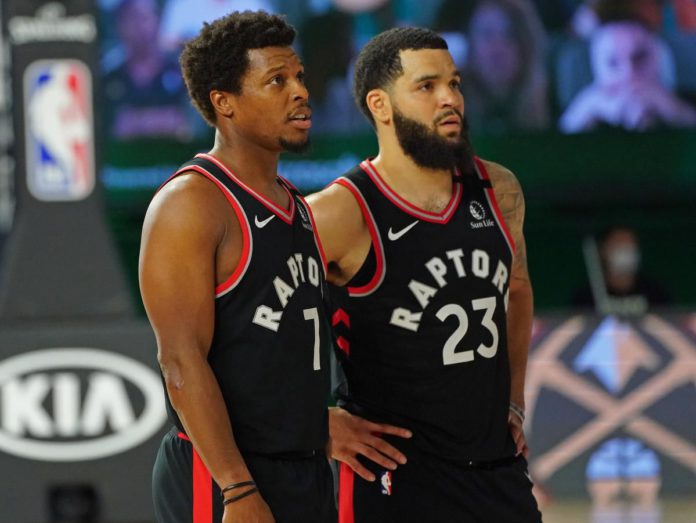 It is a somewhat busy slate from an injuries & news standpoint. Questionable players in San Antonio, Washington, and Miami could open up some value for the starters that are active. Dallas is the mess of a game to keep an eye on. All of Dallas’ starters are questionable, it is unclear who will play & who will not. Because it is the late game, we might not get any news on Dallas actives/inactives until after lock – as such it might make sense to keep some late-game flexibility available in your pre-lock builds. Having at least 2 players from the late game might make sense so that you can pivot to optimal plays as injury news breaks after lock. Or if everybody is active you should still have some flexibility to roster players from either the late game or the 9pm ET game between Denver & Memphis.

Fred VanVleet (1.3x) – Cleveland is a bit of a tough draw, they play reasonably good defense & pretty slow. However, VanVleet is simply a workhorse for Nick Nurse. He goes on these stretches where he logs 40 minutes a night, and with Gary Trent expected to be out tonight, it feels like this could be one of those nights.

Paul George (1.2x) – With Kawhi expected to be out again, it is yet another good spot for Paul George. Luke Kennard is also expected to be out, which isn’t a totally insignificant omission from the LAC roster. He’s been a solid 20% or so usage player. 228.5 is a nice game total that should lead us to expect plenty of scoring.

Nikola Jokic (1.05x) – We get the nice little extra 0.05x on Jokic, who continues to have slightly elevated usage in the absence of Jamal Murray. At the end of the day, the strong Jokic projection is likely due to matchup: Memphis plays uptempo, allows pretty good offensive efficiency to their opponents, and is particularly weak at defending the Center position.

Jonas Valanciunas (1.2x) – The multiplier has come down on JV, and at 1.2x he makes for a difficult play tonight. He’s particularly easy to fade tonight because of how many better Centers there are at his same price point.

Valanciunas is an elite rebounder, but guys like Randle, Vucevic, KAT, and Adebayo all get better minutes & offensive usage than JV.