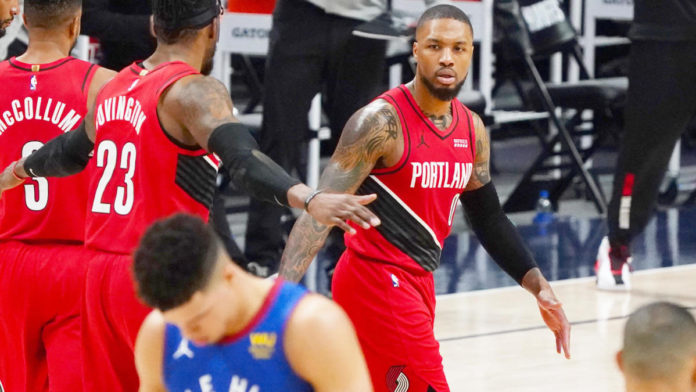 Damian Lillard and the Blazers lit up the Nuggets defense in Game 1 of this western conference series. In a losing effort, Nikola Jokic put up monster numbers. Who should we expect to go off tonight? Let’s break it down!

Nikola Jokic (1x // 1.5x) – The Nuggets ran one of the more balanced rotations in Game 1, Jokic was one of only two players with 35+ minutes, Michael Porter saw a team-high 37 minutes. But even at 1x, Joker does so much for this Denver team – as evidenced by his near triple-double season average. He had a fine showing in Game 1, posting a double-double on 27 field goal attempts, collecting 16 boards. Expect more of the same tonight.

Jusuf Nurkic (1.9x // 2.85x) – Nurkic got a season-high (in regulation games) 33 minutes in Game 1, it’s looking like he is all the way back and will be used to the fullest extent. He is a strong rebounder & shot blocker, a better passer than he typically gets credit for (3rd highest Portland assist rate behind Lillard & McCollum), and has a multiplier that is hard to beat, perhaps Michael Porter Jr.’s 1.8x price tag is comparably appealing.

Enes Kanter (1.7x // 2.55x) – Kanter simply can’t be played at this multiplier. He is a strong per-minute producer, mostly due to his elite rebounding productivity. But with rotations tightening and Nurkic’s role ascending, Kanter has largely been left out of the main rotation. At 1.7x, his 15 minutes in Game 1 just don’t give him enough time to produce a meaningful fantasy total.