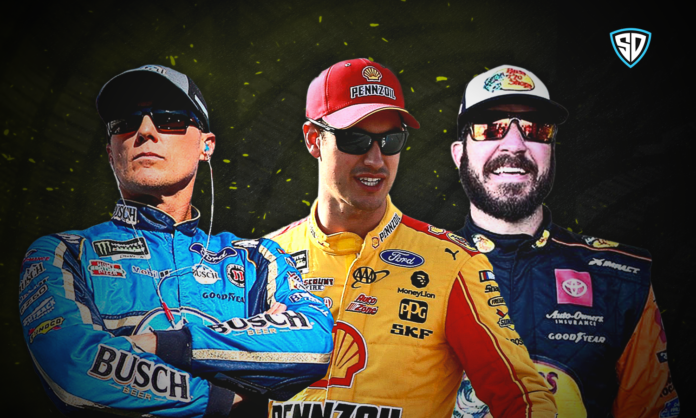 In his first race carrying a 1X multiplier, Kevin Harvick had his worst finish of 2020 as he placed 15th at the Blue-Emu 500 and put up 74.15 fantasy points. Meanwhile, Martin Truex was able to snag his first victory of 2020 and put up a whopping 124.4 fantasy points while doing it. As the Cup Series moves to the Homestead-Miami Speedway for the Dixie Vodka 400 on Sunday, should these two be in consideration for who you draft? We discuss that along with our other picks! First, read up on some key rules and scoring items for playing Nascar on SuperDraft:

Let’s get right into why I will be selecting Kevin Harvick even at a multiplier value of 1X. Harvick disappointed SuperDraft players on Monday as he had his worst performance of the year after his value finally moved down to 1X. Despite that performance, he has still been clearly the best racer in Nascar. He is still ranked first in points, wins, top-five finishes, top 10 finishes, top 20 finishes, and laps led. With how good he has been, it feels like a performance he had on Wednesday will prove to be an aberration.

On top of that, his recent history at the Homestead-Miami Speedway is staggeringly impressive. In his last six races there, he has finished 4th, 3rd, 4th, 3rd, 2nd, and 1st. With the way he has raced this year and the fact he is coming off his worst race, it almost feels like a mortal lock that he will finish in the top five on Sunday. In the times Harvick has finished top five in 2020, he averaged 97 fantasy points per event. Given these circumstances, he is worth the pick at 1X.

I again selected Jimmy Johnson last week for my value play and if you did the same, it paid off in a huge way. Johnson with a multiplier value of 1.4X put up 105.25 fantasy points for a 10th place finish with 70 laps lead and a place differential of 11. Factor in the multiplier to that total and he put up 147.35 fantasy points for you if you had him in your lineup. Since the disqualification on May 24th, Johnson has been as good as any driver on SuperDraft. In his last four races, he has finished 11th, 3rd, 7th, and 10th with an average of 90 fantasy points per event. Factor in the multiplier of 1.35X he has for Sunday and that number goes up to 121.51. He is as good of a value play as you are going to find right now.

While he did finish 9th, 9th, 9th, and 1st in four races from 2013-2016 at Homestead, he has finished 13th, 14th, and 27th the last three years. However, based on what happened on Wednesday this should not be a concern for you. Before this past race at Martinsville where he finished 10th, Johnson finished in 38th and 24th the two years prior. The way he is racing right now and the fact you can snag him at 1.35X multiplier should make him a lock for your lineup.

What makes me even more confident about selecting Truex again here is how good he has been at Homestead-Miami Speedway recently. In his last three races there, he has finished 2nd, 2nd, and 1st. With the way he has raced recently, I see no reason why he would not be right in the mix again. With his nice multiplier of 1.15X, Truex should again provide great value to your lineup.