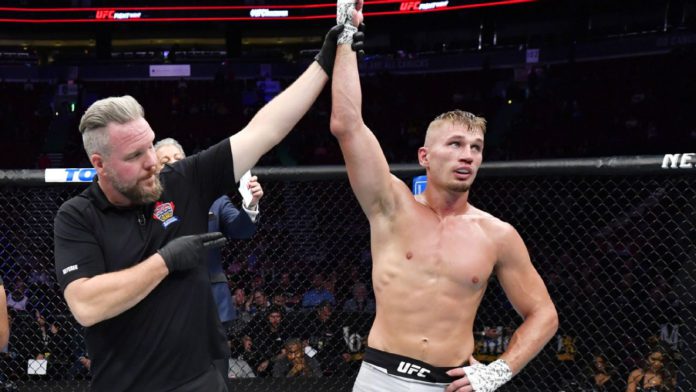 After a card to remember last weekend, the UFC gives us one that doesn’t have a ton of star power. With that being the case, I’m giving you one underdog that you can count on. The juice is worth the squeeze on this one.

This will be a quick read but I don’t expect this to be a quick fight as I think this one goes to judges by way of Austin Hubbard. I think this will be the most entertaining fight of the night with how evenly matched these two are at lightweight.

Hubbard’s opponent Solecki is coming in on a four-fight winning streak and is no slouch, but Hubbard is the more well-rounded fighter at this point in his career. His striking is his strong suit but his takedown defense, although not elite, is good enough to get him back to his feet to allow him to rack up strikes.

I expect Hubbard to control the pace of this fight and dominate in the striking column and only gain momentum as the fight goes on. He has shown that he can land combinations with ease starting with his calf kicks all the way up to the head for the full 15 minutes.

Getting Hubbard at 1.45X is a no brainer – he started as a +140 dog and has quickly moved up to +115 on some sportsbooks. This is his fight to lose and I’ll be damned if you didn’t have exposure to him.