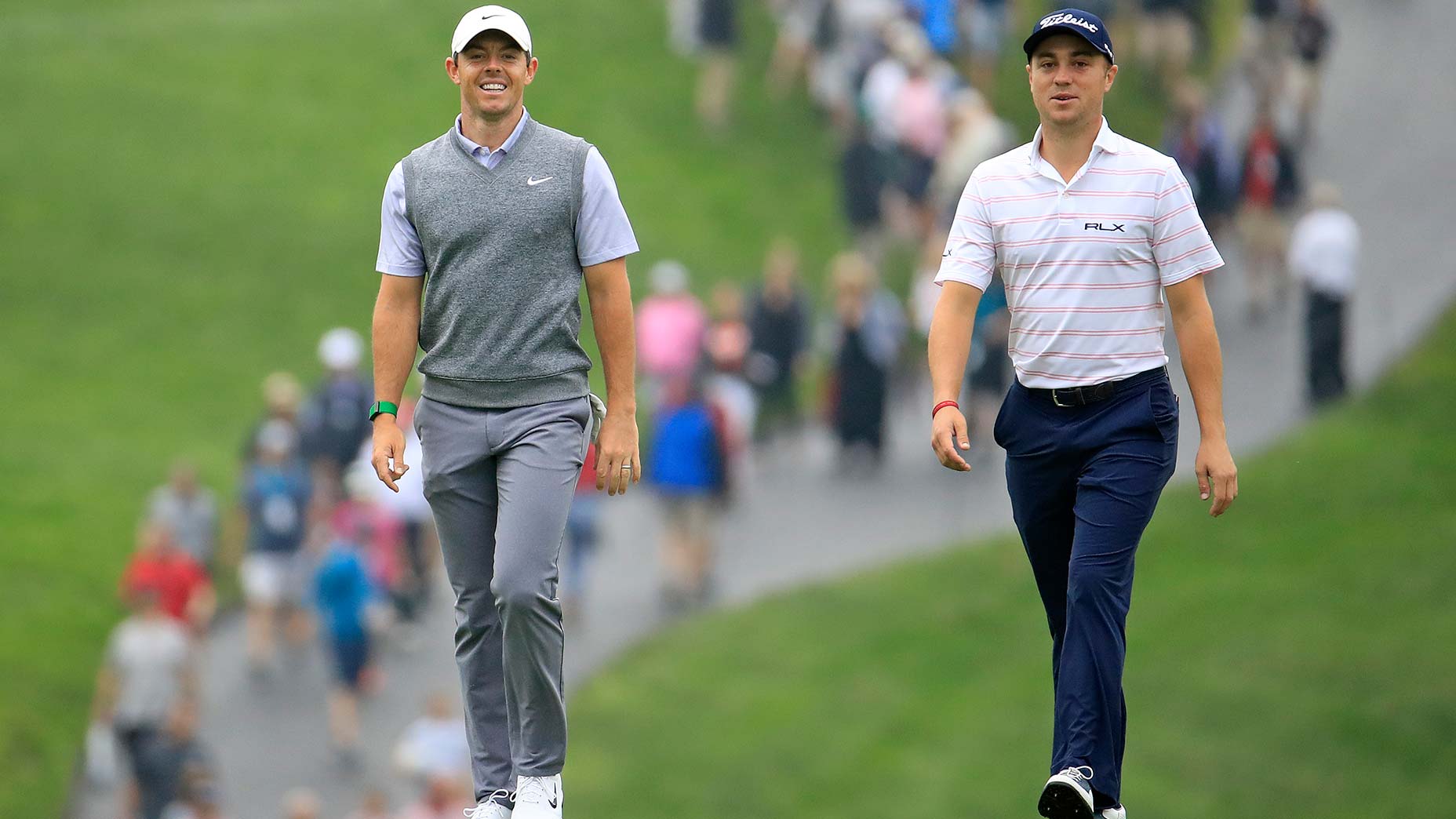 This past week at the 3M Open, the PGA Tour featured one of it’s most underwhelming fields. Michael Thompson ended coming out on top at -19. After Dustin Johnson withdrew, Brooks Koepka was the only top 10 player to play and he missed the cut. Things change this week as the PGA Tour heads back down south to Tennessee for the WGC FedEx St Jude Invitational. The stars returning to the field this week include Rory Mcilroy, Bryson DeChambeau, Justin Thomas, Jon Rahm and Patrick Cantlay. With the stars returning, there is no doubt at least one of these guys deserves to make your lineup. To lead off my picks for the week, I will select one of the golfers from this group.

From October of 2019 to March of 2020, there was no doubt that Rory Mcilroy was the best golfer in the world. He finished in the top five in eight-straight tournaments with two victories mixed in. Everything seems to have changed with Rory since the Covid-19 pandemic abruptly halted the PGA Tour. Since the tour returned in June, he has not been the same. In the last four tournaments, he has finished 32nd, 41st, 11th and 32nd. However, if there is any tournament where he will turn things around, it will be this one.

In the last eight appearances at this tournament, he has finished 4th, 6th, 5th, 1st, 27th, 5th, 6th and 9th. This level of consistency is rare to see from any golfer in a specific tournament. Given the fact he is desperate to get things going in the right direction again, I could easily see Rory placing in the top five. Even though he is at a multiplier value of 1X, it feels like a very safe bet that Rory is going to give solid value for your lineup.

Fleetwood has a promising resume at this tournament as he has made progress every year. He finished 28th in 2017, 14th in 2018 and then 4th last year. After missing two straight cuts, Fleetwood is bound to have a bounce-back performance this week and provide great value at 1.05X.

After going through a very rough six tournament stretch, Finau has been one of the best golfers on tour in the last two. During that six tournament stretch from February to the beginning of July, he finished 51st, missed the cut, 23rd, 33rd, missed the cut and 53rd. He then finished 8th at the Memorial Tournament in a loaded field and then 3rd this past week against the weaker field at the 3M open. He put up 69 and 94 fantasy points respectively in these two tournaments which is good for an average of 81.5 fantasy points per tournament. With his multiplier of 1.1X factored in, that average goes up to 89.65 fantasy points per tournament. These last two tournaments are more in character for Finau who is currently ranked 16th in the world.

Finau has only played in this tournament twice and he finished 10th in 2018 and 27th in 2019. While it is a small sample, it is a promising resume for a guy who is playing great golf at the moment. Given the fact that you can take him at 1.1X, everyone should heavily consider rostering Finau this week while he is playing this well.

The year 2020 started out promising for Jason Day. He finished 16th at the Farmers Insurance Open and then finished 4th at Pebble Beach. Like a lot of things in the year 2020, Day’s performance went straight into the tank after that. In his next six tournaments, he withdrew from one, finished 46th in one, and missed the cut in FOUR of them. A really disastrous stretch for Day and surprising given his level of talent. However, he has rebounded in a big way in the last two. He finished 7th at the Workday Charity Open and 4th in the Memorial Tournament which as mentioned before, had the best field of any tournament so far in 2020.

Day at the WGC FedEx invitational in the last five years has finished 40th, 10th, 24th, 3rd and 12th. Combine the promising resume with the two straight great outings, Day is a very intriguing option at 1.1X.