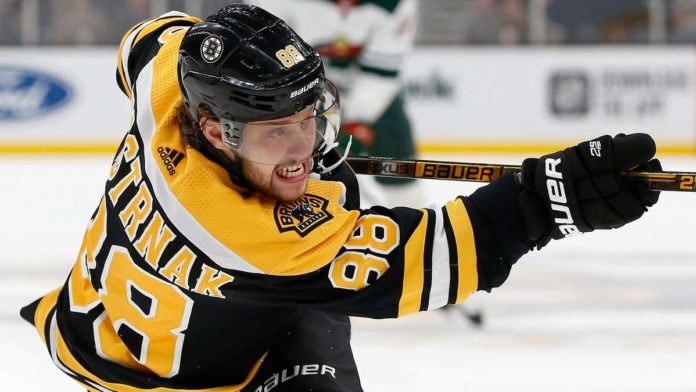 It’s a packed 10-game slate tonight as the road to the NHL playoffs heats up. With the large slate, there are plenty of studs and value plays in the player pool. My centers and defensive plays tonight have the most juice while my wing plays don’t need any help from the multiplier to hold value. Let’s see who you should consider tonight!

Put your NHL knowledge to the test in our $500 NHL Barn Burner!

Kevin Hayes has had as streaky a season as anyone, but when he’s on he is a points machine. In his last six games, Hayes is averaging 10.73 SD points per game at his current multiplier which is hurt my a couple of duds. Outside of tow games where he scored one SD point or fewer, he posted totals of 10.25, 7.5, 16.75 and 10.5 all without the multiplier.

You know what you’re getting with Hayes – double-digits or bust. His eight points and 20 shots in his last six games shows that even when he is not scoring points, he is very active in the offense. Hayes is hard to trust, but his talent at 1.4X can’t go unnoticed and he is coming off of a two-point performance last night.

Tyler Johnson can provide tremendous value tonight if he continues his mini two-game point streak against a Montreal team that Johnson has scored on 10 times in 25 career games. In his last two games, he has averaged over 11 SD points per game with this multiplier while adding one goal and one assist in that short stretch.

It’s hard to bank on him continuing this but he does play on the Lightning’s top power-play line and at 1.85X it does not take much for him to provide value.

I think we can all agree that it’s fun to watch Pasta do the thing and it’s a lot more fun if he does the thing when he’s in your lineup. In his last 10 games, he has nine goals, five assists and is averaging four shots on goal per game. That has translated to 8.2 SD points per game and four of those games saw Pasta hit double-digits.

He has roasted Florida this season totaling three goals on 14 shots in their two meetings while averaging 10.75 SD points in those games. He’s at 1X for a reason and it’s because he is one of the league’s best. Don’t miss out on a potential lineup-changer.

Kevin Fiala is playing like a man possessed and could be the highest owned player in this slate when you consider the juice at 1.15X. Fiala doesn’t just have a five-game point streak, he has a five-game multi-point streak that includes a low of 9.75 SD points without the multiplier factored in.

In that span, he has five goals, six helpers, 21 shots on goal and 12.25 SD points per game with his 1.15X factored in. The Sharks are on a three-game winning streak but have a middle-of-the-road defense and are playing better than their talent shows. Lock in the hottest man in the league tonight.

We targeted Petry at 1.5X earlier in the month and he delivered for us finishing the game with 10.25 SD points (no multiplier) on a two-point night. I’m going to get greedy and go back to the well with this one. Petry is on a three-game point streak where he is averaging an even 10 SD points per game with his current multiplier and has done so on the heels of two goals and one assist.

He has owned Montreal this year in the three games that they’ve played tallying a point in each and averaging 11.4 SD points with his multiplier in those contests. It goes without saying Petry is my favorite defensive play on this slate and I’m confident he ends up near 10 SD points at the end of the night.

The Bruins’ backup-netminder has been playing as well as most starters in the league in his last six starts. In that span, he has not lost while sporting a .930 save percentage and averaging 18.8 SD points per game with his juicy 1.55X.

He played well against the Panthers earlier in the season where he saved 31 of 33 shots and finished the game with 22.32 SD points with his current multiplier. Halak has already been confirmed to start tonight as he and the Bruins look to remain hot.