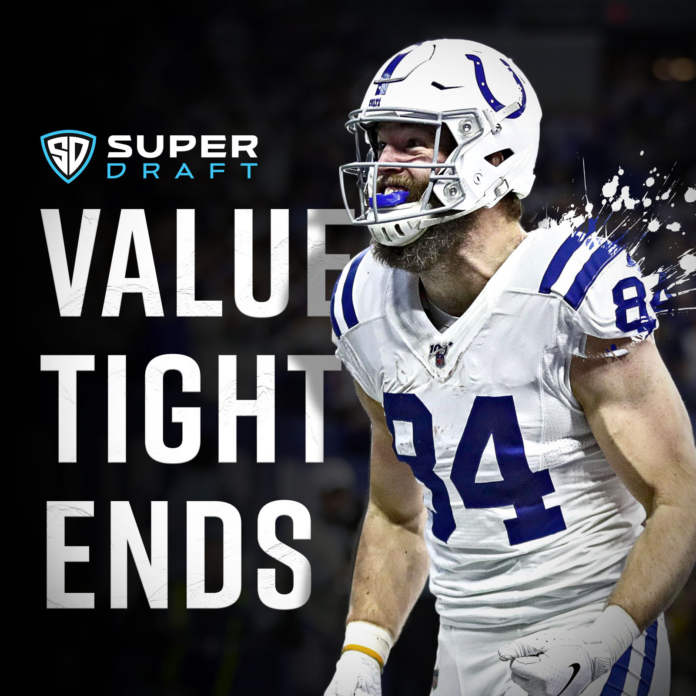 After delving out picks for quarterbacks, running backs and wide receivers, we’re finally at tight ends. With only two tight ends sporting multipliers under 1.2X, you can find value at this position throughout the player pool but when I want juice I want JUICE. This isn’t just juice with “some pulp,” it’s all the pulp.

The signing of Philip Rivers in the offseason had to have brought a smile to Jack Doyle’s face. Rivers has a history with targeting tight ends in his time with the Chargers. In 14 seasons, he has had a tight end finish in the top 12 in scoring in 13 of them and led the league in tight end target percentage over the past five seasons at 36.6%

His arm strength might not make his relationship with T.Y. Hilton a fruitful one, but you can bet Doyle will benefit from this with most of his work coming in the short and intermediate areas of the field. In the last two seasons against the Jaguars, the Colts targeted their tight ends 36 times completing 25 of the passes for 266 yards and three touchdowns. Look for Rivers and Doyle to start their love affair early in Week 1.

Chris Herndon provides tremendous value at 2X because I don’t expect him to have this designated multiplier much longer. His matchup with Buffalo is far from perfect but with all of the targets to make up from offseason departures, he’s worth the risk at 2X. 183 targets left this Jets offense from a year ago making up a 37% chunk.

Many might be forgetting Herndon’s ability with a lost 2019 season but I’m sure Sam Darnold doesn’t. He averaged five targets per game over his last 10 in 2018. With the Jets’ offensive identity more clear with Herndon in the fold, I expect him to be a primary target for Darnold. You can argue with the talent and consistency, but not his potential usage.