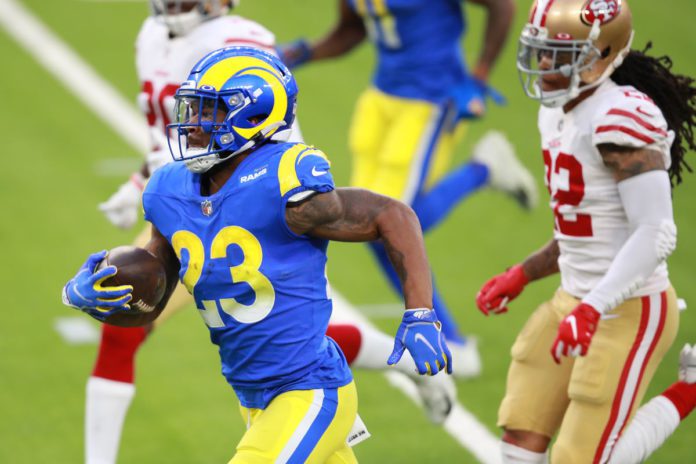 The multiplier is not just a way to play daily fantasy sports, it is a way of life. Every play matters so much more when you incorporate a point system that rewards risk. Week 13 has no shortage of value on SuperDraft and you could see some if not all of these guys on the top of the leaderboard come Sunday night.

I mentioned Devontae Booker on Fantasy Gainz this week already but this deserves to be brought up again. Josh Jacobs is dealing with an ankle sprain that has kept him out of practice on both Wednesday and Thursday which could open the door for Booker. We all know the running back position in Vegas has demanded touches this season and Booker, a vet with fresh legs, is no stranger to high volume.

In eight career games with 15 touches or more, he has averaged a respectable 86 total yards per game with seven touchdowns in those games. It is not anything to write home about but at 1.85X, a game like that could break a slate. His play this year leads me to believe he would shatter that number on Sunday as he has posted a stat line of 59/326/3 with 5.5 yards per carry to go along with it.

The Raiders need to bounce back and the Jets are just the team to help with that.

It wouldn’t surprise me if the rookie leads the Rams’ backfield in touches this weekend against the Cardinals. After missing time early in the season, Akers scored his first two touchdowns of his career in the last two weeks and seems to be finding his stride in an offense where the hot hand is rewarded.

Last week, he ran the ball nine times for 81 yards and a score. Although his 61-yard scamper made up for most of his yards, I do not think this is an overreaction. The Rams used their second round pick on Akers in this year’s draft and his two backfield teammates combined for just 23 yards on 13 carries.

Arizona is no slouch against the run – they have not allowed a 100-yard rusher this season. However, he doesn’t need a huge game to provide value. If you couple his multiplier and potential workload (LA has the eighth-most rush attempts in the league) then you could strike gold.

If you are looking for value at running back, the backup for the New Orleans Saints should be on your radar. Since Taysom Hill took over at quarterback in the Big Easy, Alvin Kamara has been the focal point of each defense and only carrying the ball 24 times for 99 yards and one score. Murray has taken advantage of this, posting 31/123/3 in those same two games.

He also out-gained Kamara on the ground in their last meeting with one fewer carry adding 36 yards receiving on two catches. It’s far from a lock and there is plenty of risk involved but no risk-it no biscuit.