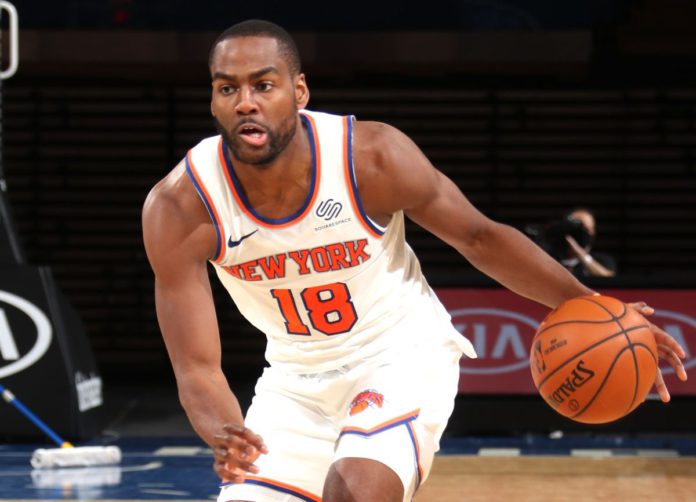 This past week was absolutely loaded with low-owned, high multiplier players having HUGE games. A big part of it was the wild trade deadline opening things up for players to step up in temporary expanded roles. The first low-owned start we will discuss fits that bill.

It is no secret that the Oklahoma City Thunder have no interest in winning games this season. On top of their young star Shai Gilgeous Alexander getting hurt, they just traded away George Hill and told Al Horford he will not be playing the rest of the season. It is a full youth movement in OKC and French rookie Theo Maledon is a beneficiary of that. Not mentioned above in the great stat-line Maledon put up vs Boston is he played a season-high 37 minutes.

In games where he has played over 30 minutes, Maledon has averaged 10.6 points, 3.8 rebounds, 4.1 assists and 1.5 steals per game. If he lurks around a 1.8X multiplier, Maledon should absolutely get your consideration moving forward with SGA out for a while. Another thing to note is the Boston Celtics continue to give up big fantasy performances in every game they play. They are ranked 20th in defensive efficiency so keep your eye on them to take advantage of the right player that is facing them.

In the Magic’s first game without Nikola Vucevic, I am very surprised more people did not jump on the Birch train at 1.85X. Birch has been a solid back-up for Vucevic and this is the first time this season Birch has played in a game without Vucevic. He took full advantage of a Blazers team that is 29th in defensive efficiency and 20th in rebounding rate.

Unfortunately, for Birch this is going to be a very short reign for him as a DFS option as the big fish they got in the Vucevic trade is Wendell Carter. Carter should slide right into the starting lineup and play the majority of the center minutes for the Magic. The big takeaway here is the Blazers give up a lot of points to centers. If a center with a high-scoring upside is facing the Blazers, they deserve a lot of consideration.

Jae’Sean Tate started out as a guy who just took advantage of the minutes he was given with all of the injuries the Rockets suffered. It is past that point now as Tate is a legitimate starter for the Rockets even with John Wall, Christian Wood and Danuel House back in the lineup. In the Rockets’ big win over the Raptors, Tate played 40 minutes with Houston’s big guns in the lineup. If the Rockets can stay competitive in a game, Tate will exceed over 30 minutes where he has been productive this season averaging 12.9 points, 6.2 rebounds and 1.4 steals per game. If you see the Rockets playing a team that they can reasonably compete with, Tate should be considered an option in the 1.7X multiplier range.

If Alec Burks is not on your radar now, then you have not been paying attention to how good this man has been. Including this game against the Sixers, in his last six games, he is averaging 21.3 points, 6.5 rebounds, 2.7 assists and 38.58 FPPG. When you include the 1.8X multiplier he had vs the Sixers on March 21st, the average goes up to 69.44. What is even more encouraging is he put up 21 points, 10 rebounds and 5 assists vs the Bucks on Saturday night with Derrick Rose, Elfrid Payton and Immannuel Quickley all back in the lineup. If he continues to linger in this high multiplier range, he should be getting heavy consideration every night regardless of the opponent.