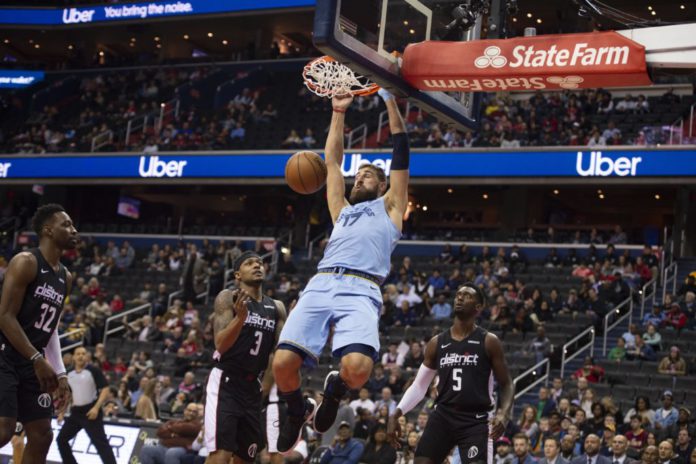 We’re one day away from the NBA trade deadline and have a full slate of games tonight. Teams might look to hold out players who are in serious trade talks, so please make sure you check the status of the players in your lineup before lock. Now, let’s have a look at the top 3 players per position to help you climb up the leaderboard!

With potential Rookie of the Year LaMelo Ball out at least 4 weeks due to a wrist injury, Rozier will look to continue his stellar play as Scary Terry to keep the Hornets in the playoff race. Rozier has scored at least 20 points in four of his last five and is going up against a Houston team that allows the ninth most fantasy points to opposing guards. While he has had a great year when it comes to scoring, his assists numbers are trending up now that LaMelo is sidelined. DeVonte Graham will also see an uptick in his playing time, but Rozier is a better three level scorer than Graham who hasn’t been able to match his production from his breakout season last year. Choose Rozier over Graham until Graham puts together a few good games in a row.

The Hawks have been on a tear since firing Lloyd Pierce and having Nate McMillian step in as the interim coach. They’ve went 8-2 in their last 10 and moved up to number four in the Eastern conference, thanks mostly to Young’s performance. During this run, he’s averaged 23 points, 9 assists, and 3.6 rebounds. Combine all of that with the fact that he’s going up against the Kings who are giving up the fourth most fantasy points to opposing point guards. When looking at Young’s matchup vs De’Aaron Fox, he is averaging 27.3 points and 10.7 assists per 36 minutes while shooting 44.4% from three and 50% from the field. An easy matchup + recent hot streak + 1.25X multiplier = a player you want in your lineup.

The Magic have been bad this season and are rumored to have multiple players on the trade block this week including Evan Fournier, so be sure to check his status at least 30 minutes prior to the tip. Fournier recently missed four games due to a groin strain, but his recent performances show that he’s fully recovered by putting up averages of 25.3 points, 3.5 assists, and 1.3 steals over his last four games. The Suns are allowing the fewest fantasy points for opposing shooting guards, but his opponent last night, the Nuggets, are only allowing two more fantasy points to opposing shooting guards and he put up 31 points and 6 assists in the game last night on efficient scoring. Fournier also has a multiplier of 1.6X which is no joke. Expect the Magic to continue to rely on his scoring in the backcourt.

Like Blue Öyster Cult, Houston also has a fever, but instead of more cowbell, their only prescription is more Christian Wood. While initially reporting that he would be on a minutes restriction, it seems that has went out the door with Wood playing 36 minutes on Sunday and would have went over the 30 minutes mark on Monday but was limited due to early foul trouble. The Rockets were finally able to break their losing streak on Monday and look for them to continue to battle tonight even though there is no hope left for a playoff run this season. The Hornets might once again be without starting center Cody Zeller, and have been using a center rotation of Bismack Biyombo and PJ Washington in his absence. If that is the case for tonight’s game, Wood should easily win both of those matchups. If Zeller does play I still wouldn’t be worried. There isn’t much data for the Wood/Zeller matchup, but going off a limited sample size from last season, Wood averaged 28.1 points and 7.5 rebounds. The Rockets are going to feel inspired after their win on Monday, so look for Wood to continue his bid for Most Improved Player.

Hardaway has had an up and down season so far, however, he’s got a great matchup against the Wolves who are 28th in the league when it comes to defensive field-goal percentage and points allowed. The Wolves allow the 7th most fantasy points to opposing shooting guards and the 5th most to opposing small forwards, so if Tim is feeling it tonight his multiplier of 1.7X will definitely shoot your lineup to the top of the leaderboard. Situational context matters too, as the Mavs are playing for a top spot in the West playoffs while the Wolves are playing for a top spot in this year’s draft. Luka will get his tonight, but I think Hardaway has potential to lead all bench scoring for the game.

Portis is coming off one of his best games this season, getting the double-double with 18 points, 10 rebounds, and 4 assists. It doesn’t seem to be a coincidence that this performance happened with reigning MVP Giannis Antetokunmpo out with a knee injury. Giannis’ injury doesn’t seem to be serious, but if they hold him out for tonight’s game against the Celtics, expect another big night from Portis. Boston is not only lacking size in the front court, but also has issues with depth. Even with Giannis out, Portis was still regulated to the bench, which means he’ll have an easier matchup against the less than stellar Celtic bench. With his 1.6X multiplier his points will add up fast. He’s a must play if Giannis misses another game.

Is it cheating to put Jokic on this list? Maybe, but he’s had three triple-doubles in his last four games. He’s up against a Raptors squad that has resorted to starting Siakam at center due to their poor center rotation, with Boucher being the lone bright spot. Jokic is just too big and too talented for anyone on this Raptors team to stop, and with both LeBron/Emiid sidelined with injuries, it’s Jokic’s time to put himself in the MVP conversation. He’s always going to be a good play for your lineup.

Another bruising European center makes the list. Jonas continues to bully just about anyone he wants in the post, averaging 16.9 points and 15.5 rebounds post All-Star. He’s also up to 27 double-doubles on the season which is good for nineth in the league. He’s yet to match up with Al Horford this year, but against Moses Brown (who the Thunder have been starting in Horford’s place) he’s been just as good averaging 18.6 points and 15.5 rebounds per 36 minutes. It looks like we should see Horford in the lineup tonight, but Jonas has been so consistent I don’t see Horford slowing him down.

Time Lord continues to have a great multiplier of 1.65X, and combined with his recent stellar play makes him a great candidate to break out and put your lineup over the top. He’s coming off a season-high in points in his last game, and Stevens will need his rebounding for the matchup against Bucks who have been the second-best rebounding team in the league this season. Stevens continues to be inconsistent when it comes to playing time between Williams and Theis, but Williams has been getting more playing time when going against more athletic teams. He’s been especially valuable to the Celtics defense, trailing only Gobert and Turner in blocks for the month of March, with 28 blocks in the nine games played this month. Look for Stevens to go to Williams to add an extra layer of help defense since the Bucks are top ten in the league for points scored in the paint this season.

Featured Image by The Athletic