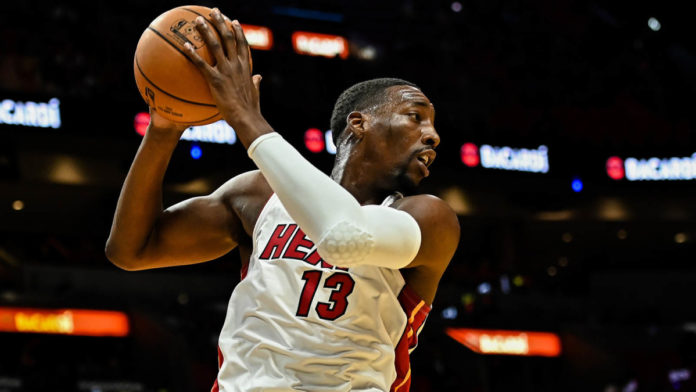 With the All-Star weekend around the corner, a lot of players around the league are trying to get healthy. Injuries provide a lot of opportunities in this six-game slate and I’m looking to help you exploit them. Let’s take a look at some players you should target tonight.

If Joel Embiid can’t go tonight, Ben Simmons will not have to do his work with the lane clogged up. In 16 games without Embiid on the floor, Simmons has averaged 20 points, 8.1 rebounds, 7.7 assists, 2.5 steals and over 47 SuperDraft points per game. The juice of his multiplier would have made that 54.8.

We know that Simmons does not shoot the ball well, or at all, but that doesn’t hurt his fantasy stock when going up against a team like the Bulls. With Wendell Carter Jr. out, the Bulls have lacked in paint protection and it shows. Over the last three, Chicago has allowed 60 points in the paint per game ranking dead last in the league over that span.

In the two games that Houston has played since making the change to small ball, we have seen both sides of the coin. The Rockets played well in a win over the Lakers but struggled mightily against Pheonix when their game plan backfired and allowed Devin Booker to go for 33 points and Kelly Oubre to score 39.

If the Rockets are going to play a fast-paced offense and get a lot of shots off, the opposing team can take advantage of that also and this is where Donovan Mitchell comes in. Mitchell is the perfect guy to combat the aggressiveness of Houston and has no problem getting shots up. Just two weeks ago he put up 36 points on 14-25 shooting and tallied over 53 fantasy points. He should have no problem attempting 25 shots tonight to try and keep up with the Rockets’ offense.

Kawhi Leonard has not played the second game of a back-to-back all season and I do not expect him to tonight so close to the All-Star break. With that in mind, Paul George should have more room to work against a Cleveland team that is ranked 29th in defensive rating.

In eight games without Leonard on the court this season, George has excelled in scoring the ball averaging almost 28 points per game which is five more than his season average. In those games, he is averaging over 42 SuperDraft points per game and would have averaged over 57 with his current multiplier. Given his opponent, I would expect George to go over 60 tonight.

Bam Adebayo will once again be expected to shoulder the load tonight with both Jimmy Butler and Tyler Herro expected to be on the shelf. He has been up to the task all season long without Butler on the floor averaging 18 points and 10 rebounds per game in those contests with four double-doubles.

The All-Star has stepped up his game even more in the last six games by averaging almost 46 SuperDraft points per game. With his current juice of 1.4X he would have averaged 64.3 in those games. He went for 42 SD points in his only matchup with Portland so far this season.

Jonas Valanciunas seems to be a forgotten commodity in the NBA but he’s doing well for himself in Memphis this season. Over his last six games, the big man is averaging 16.8 points, 11.7 rebounds, 1.5 blocks and 42.8 SuperDraft points per game – all of which are better than his regular-season averages.

If you factor in his multiplier he would have averaged 57.8 SD points per game over that span. His matchup is a juicy one as the Wizards rank dead last in defensive rating and 26th in opponents points in the paint per game at 51.9 per contest. In a player pool with most centers injured and the exposure to Drummond expected to be high, I like this pivot play.

With both Joel Embiid and Al Horford questionable to play, Kyle O’Quinn is in a unique situation. O’Quinn has only five games this season in which he played more than 15 minutes. In those games, his numbers do not look great to the eye because he averaged 20.22 minutes in those games putting 6.8 points, 7.8 rebounds, 4 assists, 2 blocks and 28.55 SD points per game.

Here is where it gets interesting: in the two games that he played more than 25 minutes, he is averaging 33.875 SD points and that number would inflate to 67.75 with the 2X multiplier. Only consider this if both Embiid and Horford can’t go, but he is in store for 25-plus minutes if that were to happen.