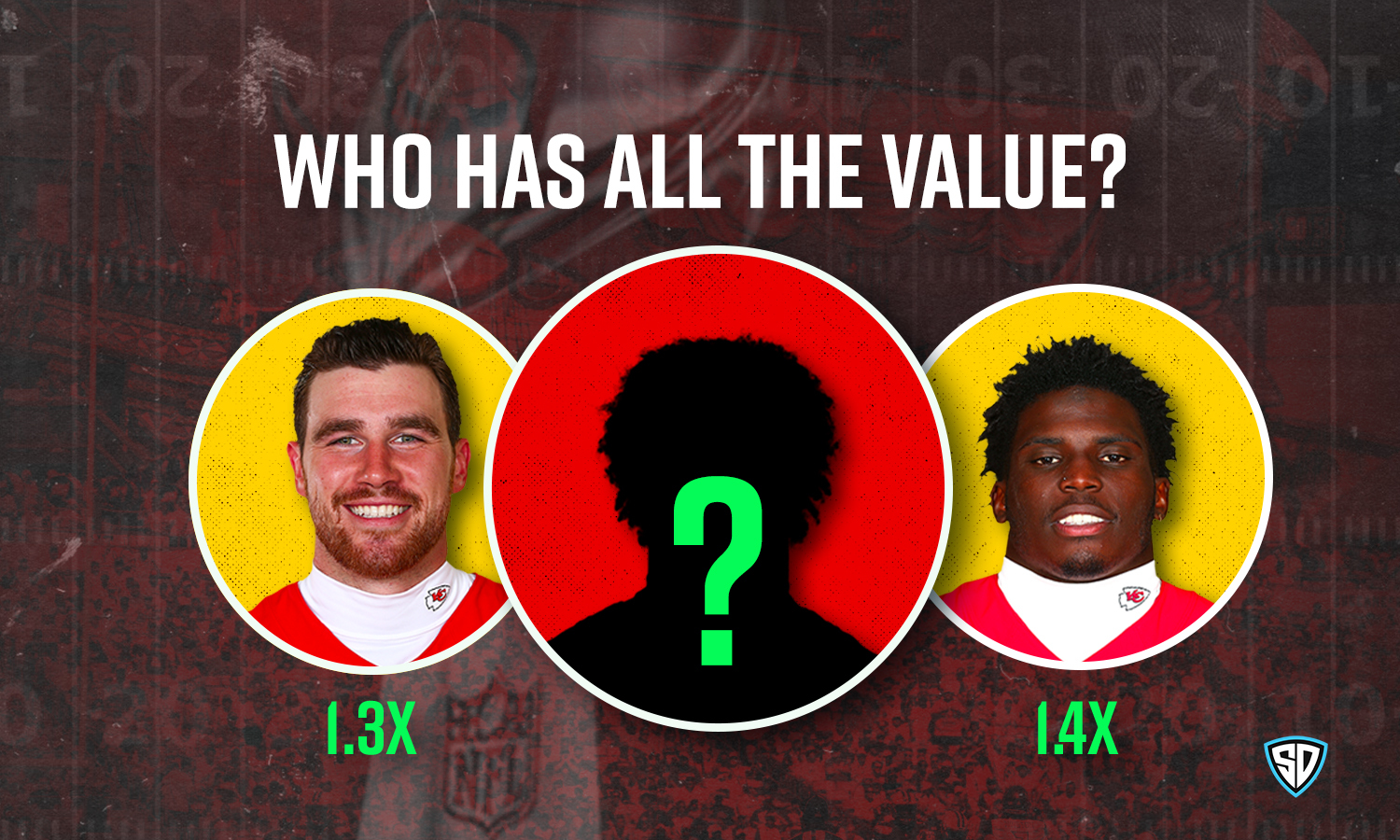 You already know which players will contribute to a winning lineup. It is the Tyreek Hill at 1.4X, Travis Kelce at 1.3X, and you can go on with the stars. Those players are great and will score a lot of points for you. The problem is that they will be high-owned and will not separate you from the pack. In order to take down our contests, you need to roster that underrated, high multiplier player that will go off and have low ownership. You pull that off, all of a sudden you have THOUSANDS of more dollars tied to your name! So who will be the man, that does that for you? Let’s find out!

The man’s name is Sammy Watkins with a CHP multiplier of 3.6X and SLFX multiplier of 2.4X. The lack of chatter around Watkins has been understandable as he had a down season this year missing six games due to injury and only had one game over 80 yards receiving. However, the stars have aligned for Watkins to go off in this game.

Leonard Fournette has gotten a lot of attention for his playoff performances and was even given the nickname “Playoff Lenny”. However, no attention has been given to how great Sammy Watkins has been in the playoffs the last two seasons for the Chiefs. In five playoff games with the Chiefs, he has caught 24 passes for 464 yards and 1 touchdown including 5 catches for 98 yards in last year’s Super Bowl win. This comes out to an average of 12.52 FPPG and that balloons to 30.04 with his 2.4X multiplier and 45.07 with his 3.6X champion multiplier. With this production, Watkins should have the nickname “Playoff Sammy”.

This matchup vs Tampa Bay feels like the perfect game for Watkins to have another great playoff performance. The Chiefs undoubtedly will be pass-heavy as the Bucs have one of the best run defenses in the NFL. This means more potential targets for Watkins. Since Watkins has been hurt, the Chiefs have exclusively relied on Kelce and Hill to carry the load. With Tampa Bay expected to direct a lot of attention towards Kelce and Hill based on what happened in their previous match-up, there should be plenty of opportunities to be opened up for Watkins. We have seen in the past he is more than capable of taking advantage of those opportunities. Given the fact he is going to be relatively low-owned, I feel very confident in saying you will be GUARANTEEING yourself money by rostering Sammy Watkins.

Do you like Sammy Watkins DFS value for the big game?? Let us know in the comments!

The 3 players You Wish You Had in Your NBA Lineup...