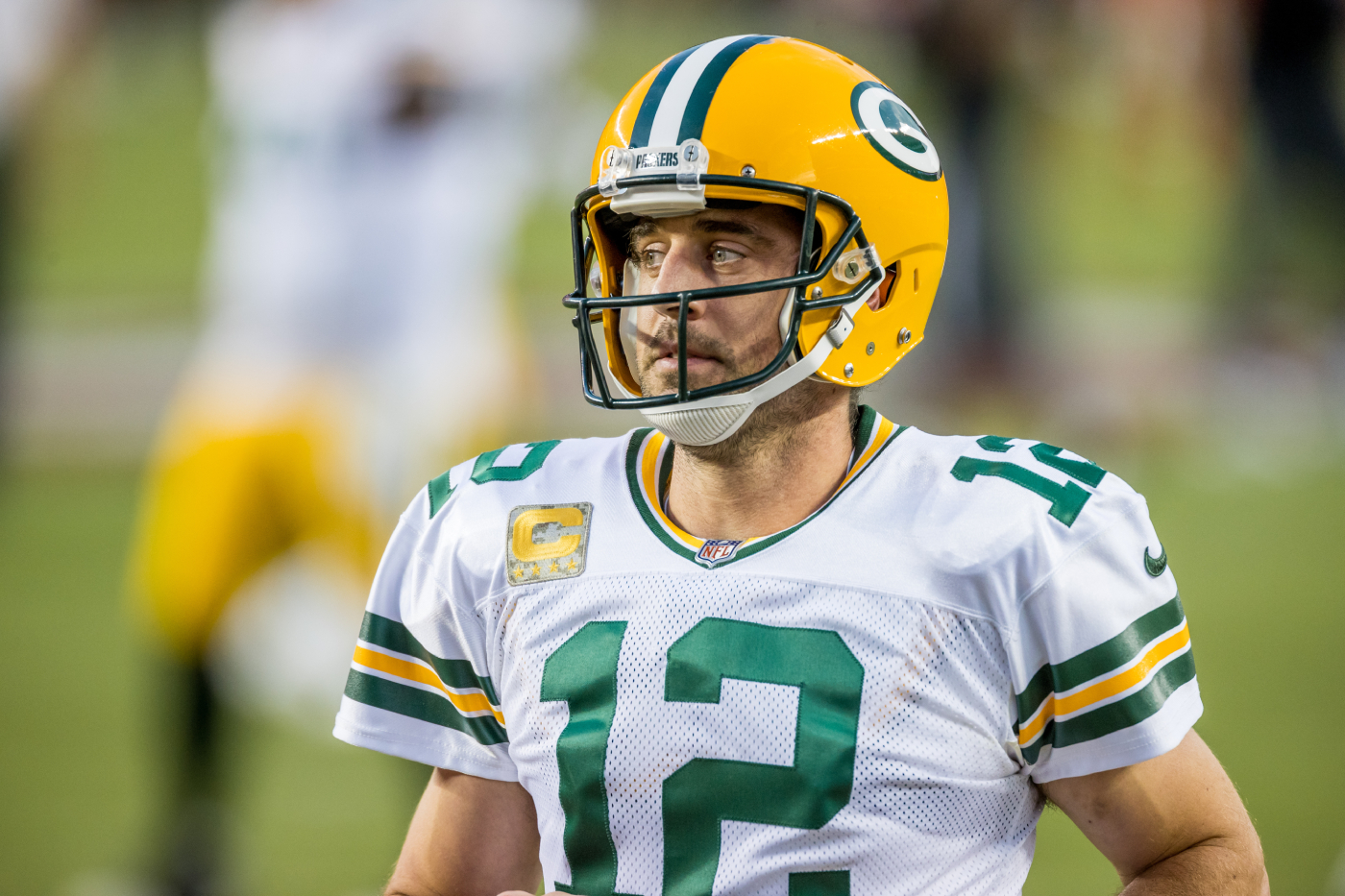 It is hard to believe but we are already over halfway through the NFL season! Playoff races are starting to take shape and it is a bit easier to get a feel for which players can be relied on week in and week out from a fantasy perspective. One player you can definitely rely on to provide solid value this week is the quarterback who resides in Green Bay, Wisconsin.

With all of the attention around the young quarterbacks, Tom Brady on his new team, and Russell Wilson, Aaron Rodgers’ 2020 season has been flying under the radar. Through eight games, he has thrown 24 touchdowns, 2 interceptions, and 2,253 yards. In 2018 and 2019, he threw 25 and 26 touchdowns respectively over the course of 16 games. He has already matched that level of production in half the games. When you take out the one bad game he had against Tampa Bay, he has thrown 24 touchdowns with no interceptions and is averaging 27 FPPG.

I think with who Rodgers gets to face this week, he will not be anywhere close to having a game like he did against the Bucs. Unlike Tampa Bay, The Jaguars have a poor defense that has had great difficulty stopping the passing game this season. They have given up the 3rd most fantasy points per game to opposing quarterbacks. What is more encouraging for Rodgers is the Jaguars have not faced a quarterback this season on his level. It is fair to expect another huge game from Rodgers and the 1.2X multiplier is the icing on the cake.

Other players I like at the position: Carson Wentz (1.3X), Deshaun Watson(1.2X)

There have not been many bright spots for the Washington Football Team in 2020 but their rookie running back Antonio Gibson certainly has been one. Through eight games he has 391 yards and already five touchdowns while averaging 12.2 FPPG. It has been hard for Gibson to be consistent as his team is constantly trying to come back from big deficits and the running game has to be minimized. We have seen a few games where the running game can be predominantly featured and it has produced good results. In Washington’s 25-3 win over Dallas, Gibson ran 20 times for 128 yards and 1 touchdown.

Given the fact that Washington plays Detroit on Sunday, it has the feel of another game where Gibson will be allowed to break out. The Lions have given up the most fantasy points in the NFL to opposing running backs. Even if the game turns into a blowout, Gibson should have the ability to put up fantasy points early in the game. However, Detroit is not good enough to run away from Washington so it is fair to expect that Gibson will be involved for all 60 minutes. When you combine that with his juicy 1.6X multiplier, he has a chance to be a home run pick for your lineup.

My initial pick here was going to be Cooper Kupp at 1.45X but he is now on the injury report and has been limited at practice. This news has caused me to flip to his teammate and #1 wide receiver for the Rams, Robert Woods. Woods has had a down season this year as he only 37 catches for 436 yards in eight games after two back to back years over 1,000 yards receiving. He only has one game this season over 100 yards receiving. However, that is about to change on Sunday.

If you have been following the NFL closely this season, you know that the legion of boom no longer resides in the Seattle Seahawks secondary. It is now the legion of busted coverages (super creative I know) as they have gotten shredded all season long. They have given up by far the most points to opposing wide receivers and have allowed nine different players to have 100 or more yards receiving in a game. With the talent Woods has and the other options being limited for the Rams, this has all the makings to be Woods’ best game of 2020. He should provide excellent value with his 1.3X multiplier on Sunday.

Other players I like at the position: Juju Smith Schuster (1.4X) Davante Adams (1X)

After a bit of a slow start, Eric Ebron has started to settle into his role of being the starting tight end for the 8-0 Pittsburgh Steelers. In his last three games, he has scored 8, 12.8, and 9.7 fantasy points respectively. It is not just touchdown luck either as he got eight targets against the Titans, five targets against the Ravens, and six targets against the Cowboys. This is the type of production you would like to see from a tight end who has a multiplier value of 1.6X.

This production is likely to stay this week as Ebron and the Steelers take on the Bengals. Cincinnati has given up the 2nd most fantasy points per game to opposing tight ends. With the way Joe Burrow has been playing, there is a good chance this game is not a blowout and the Steelers will continue to pass and Ebron will get a healthy amount of targets. With this slate not stocked full with great tight end plays, Ebron is the best of the bunch and should get the nod for your lineup.

Other players I like at the position: Dallas Goedert (1.5X) Darren Waller (1.15X)