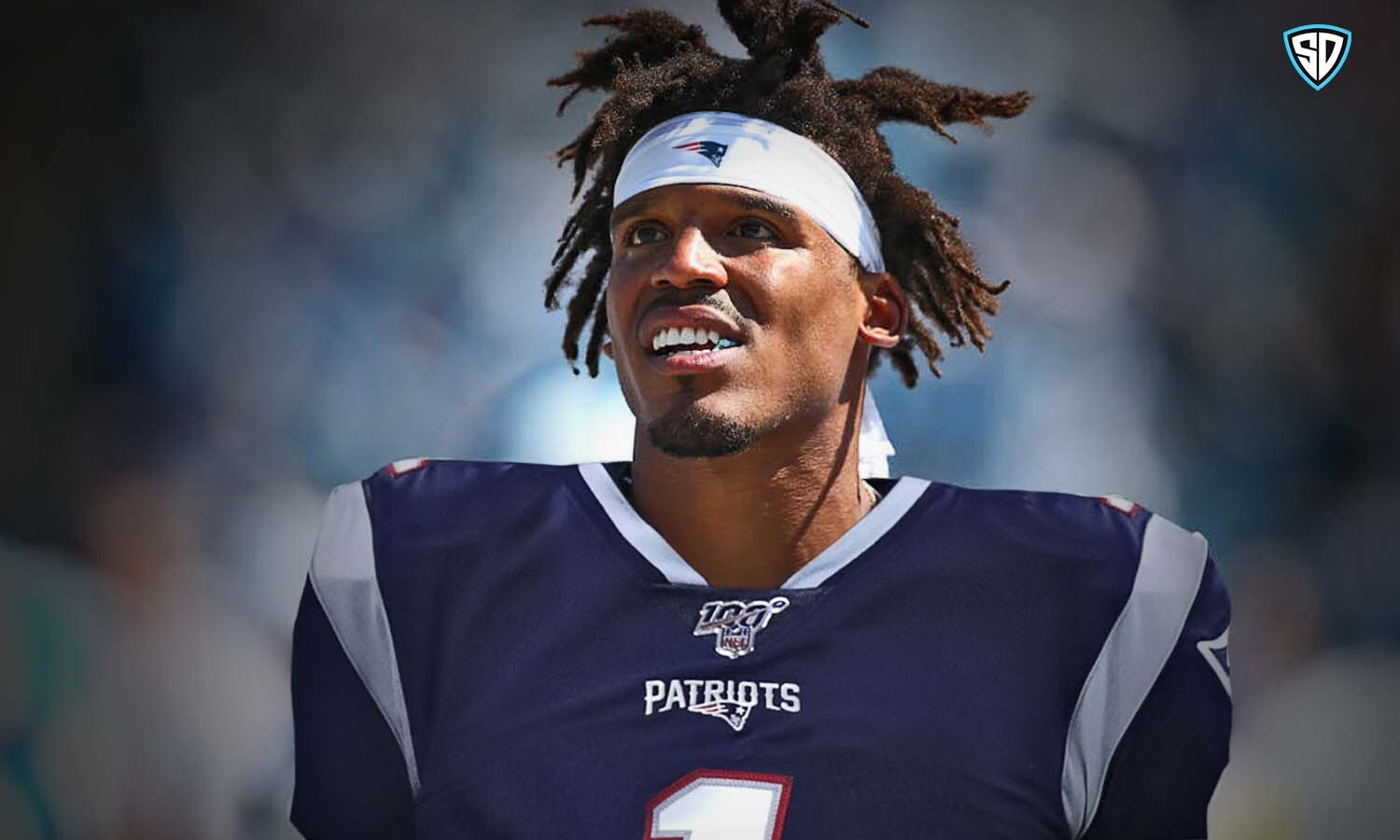 Shocking NFL news hit last night when Adam Schefter reported that the New England Patriots have signed former Panthers quarterback Cam Newton to a one-year deal. Newton was released from Carolina back in March and has sat out on the free-agent market for months. He has now found his new home in New England as the first quarterback to replace the future Hall of Famer Tom Brady after Brady departed for Tampa in March. It appeared that Jarrett Stidham was going to be the quarterback for New England in 2020 but given the incentive-laden contract Newton signed, all signs point towards Newton being the signal-caller for the Patriots in 2020. So what can we expect from him fantasy-wise this upcoming season with his new team? Let’s break it down!

Why Newton could be an elite fantasy QB in New England

In 2015, Newton was hands down the best fantasy player in the NFL. Between his passing and rushing stats he accumulated 45 touchdowns and 4,473 yards with only 10 interceptions and an average of 24.31 fantasy points per game. While he is not that player anymore, he is still only 31 years old and this past season which he only played in two games, gave him the most rest he has had in years. After being banged up in the past three seasons before 2019, it is not unreasonable to think that he could come back rested and be close to the player he was in 2015.

Another reason to be optimistic is the fact that he is now being coached by head coach Bill Belichick and offensive coordinator Josh McDaniels. While both of these coaches had the benefit of working with Tom Brady for years, they are still both very highly regarded coaches that can bring the best out of Newton. While Newton does not have a player like Christian Mccaffrey in New England by his side, the weapons are respectable. He will have reliable slot receiver Julian Edelman, promising 2nd-year receiver N’Keal Harry,  Mohamed Sanu, and James White. With things not going the way he liked the last few years, it is possible that he will be extremely motivated to show that he is far from being done.

Why Newton could be a mediocre fantasy QB in New England

While the 2015 stats were great in his MVP year, it is hard to not notice the nose-dive his stats took in the next three seasons. In the years 2016-18, he averaged 27 total touchdowns, 3,902 total yards, 14 interceptions, and 18.61 fantasy points per game. While it is possible the injuries impacted him, this could just be the type of quarterback he is now. It doesn’t seem like an accident that it took until late June for a team to sign him. While the receiving corp has promise, it also has the potential to be one of the worst in the NFL. Edelman is already 34 years old, Harry is talented but has not proven himself in the NFL yet, and Sanu is not someone you can consistently rely on as the Patriots saw last year. We saw this same group of receivers mightily with Brady at QB last season so it doesn’t seem unreasonable to expect that to continue with Newton.

There are many factors that could swing Newton’s fantasy value very far in either direction. Ultimately, I think Newton will be similar to what he was in his last three years in Carolina and prove why no team was chomping at the bit to sign him in March. Don’t expect him to win you a lot of cash on SuperDraft this upcoming season.