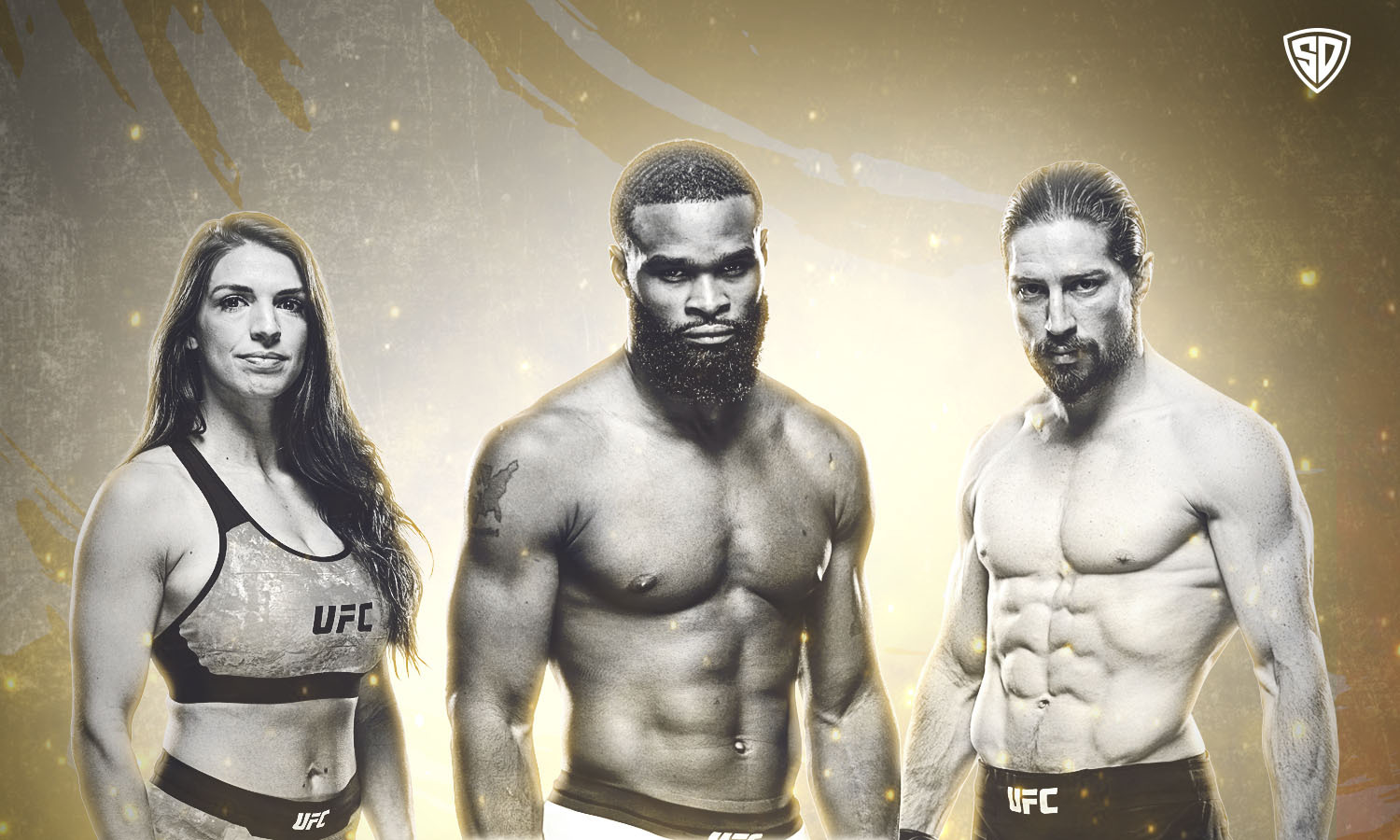 There are interesting storylines mixed throughout this Fight Night that features veterans and newcomers alike. Gabriel Green will be making his UFC debut on short notice after an injury to Kevin Holland opened the doors for him, Katlyn Chookagian will look to get back into the win column after a brutal loss to Valentina Shevchenko and Tyron Woodley will make his return to the ring to silence the doubters (if those even exist).

Let’s take a look at who I’m riding with on Saturday!

I’m a huge believer in momentum and Gilbert Burns has just that as a winner of his last five fights, but Tyron Woodley has proven to be a different animal. While Burns’ recent run has been impressive, his last victory of Damian Maia by KO seems to be an outlier to me given that three of his last five fights have gone the three-round distance. This brings in a crucial aspect to this fight – it will be five rounds.

Woodley has been out of the ring for over a year so that is cause for concern, but the 38-year-old is still the number-one ranked Welterweight that has had three of his last four fights go five full rounds. He is the superior fighter in this fight any way you slice it and his layoff does not give me any reason to doubt his abilities.

It would be nice to see Woodley end this one a bit early for the bonus, but my money is on seeing this guy take a victory in a decision – giving you a fighter with five rounds of stats to rack up.

I’d be lying to you if I told you this pick had nothing to do with Carlyle’s nickname being “The Alpha Ginger,” but I love the slight underdog to get an early KO in this fight.

Carlyle is looking to be victorious for a sixth-straight fight and he’s coming in blazing hot having finished his opponent in the first round in each of his last three. He gives a bit to Quarantillo in the reach department which could be alarming, but Quarantillo is not known for using his length to his advantage.

I can easily see him moving forward to pressure Carlyle and by doing so leaving himself susceptible to some next-level power punches. I will gladly accept my role as The Beta Ginger as I watch Carlyle end this one early with his 1.5X juice.

Mackenzie Dern should easily run away with a victory in this bout because of her ground game – she is a heavy favorite at -470 for a reason. Her ability to land takedowns for 7 points a pop could add up and she only needs Cifers to make one mistake for her to end this quickly. Cifers does pack more of a punch so she’ll hope to keep this match off the mat, but with Dern’s abilities, I do not see that happening.

I’m leaning towards putting Dern in the Champion spot to get the extra juice at 1.5X from a fighter that I have the utmost confidence in. A decision win wouldn’t cut it with this low of a multiplier but I expect her to end this via submission before these two hit the third round.